why is no one talking about the #feministprincessbride hashtag

women: being a woman is hard

men: I thikn youre forgetting something: it is also hard to be a man. just letting you know that you forgot to mention that when you were talking about being a woman

Don’t defend transphobes. Don’t throw your fellow women under the bus in exchange for someone else’s approval. It’s gross and I will never apologize for calling it that.

People who defend bigotry are just as guilty as the bigots themselves of spreading violence, persecution and oppression

Do not defend transphobia 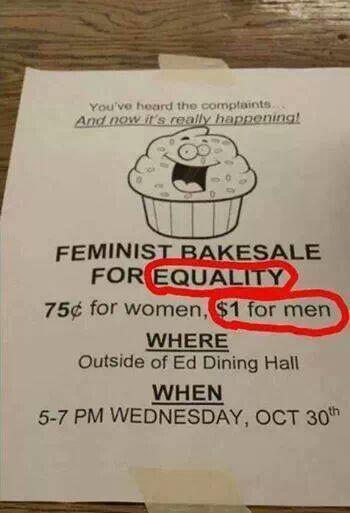 This is what feminists mean when they say that feminism is about gender equality. It’s not really about equality, it’s about paying men back for all the supposed grievances women have suffered at the hands of the “patriarchy”.

You… do realize it’s trying to point out the wage gap between men and women, right?

So, yes, it is for equality. So that when men see that price difference, they go “Hey, that’s not equal, that sucks” and women can say “YES, LET ME TELL YOU A THING”
-discussion begins-

You activated my trap card.

“teen girls are super crazed!! it’s unhealthy!!” u ever seen a grown man when his stupid ass football team loses

real reasons bisexual women are more likely to end up in long-term relationships with men:

not a reason bisexual women are more likely to end up in long-term relationships with men:

7. approx 5% of the population are queer women, about 45% would be straight men. statistically speaking, you’re just more likely to end up with a man if 19 out of 20 of the people interested in you are men.

Interesting how we’re always hearing how shameful and irresponsible it is to be a teen mom.

But we never hear the same messages directed at teen dads.

Or even the words “teen dad”.

It’s almost like society demonizes women’s sexuality and sexual choices while absolving men of all sexual responsibility and judgement.

If a trans woman is telling you that a term you’re using is misgendering her and offending her, here’s how you properly argue against her: 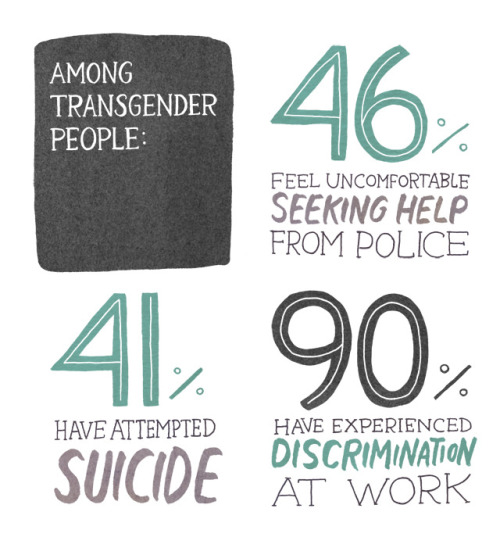 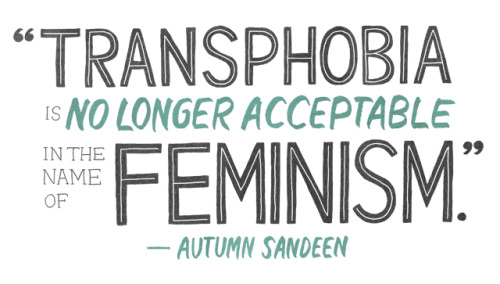 A report from the National Transgender Discrimination Survey conducted by the National Gay & Lesbian Task Force and the National Center for Transgender Equality, found that transgender people faced double the rate of unemployment of the general population, with 63 percent of the transgender people surveyed reporting they experienced a serious act of discrimination that majorly affected their ability to sustain themselves. These numbers are even worse for trans people of color, especially trans women of color, the deaths of whom have been deemed a “state of emergency.”

Trans women have been saddled with the responsibility of taking on trans-exclusionary feminists for far too long—but it’s not their issue to deal with alone.

transphobia was never acceptable in the name of feminism

we just pretended it was

Ok, no one ever pretended that transphobia was ok under the guise of feminism, they fucking believed that shit. The mainstream feminist movements prior to the third wave were perfectly content that they’re “equality for all” would coexist with transphobia and racism. The concerns of the trans community and PoC were conveniently disregarded because of the fundamentally white construct of the movement.

number one pet peeve of all academia related to literature:

I keep hearing people on the teevee rant about “forced diversity” and “PC fascism” and it makes me wonder how these alternate-universe broadcasts are reaching me here in this world where John Constantine has to be straight and pharaohs are being played by squinty Australian white guys.

shoutout to all the girls + women who have thick, dark, and abundant body hair and have to spend time and energy shaving every single day if they don’t want to be harassed by loved ones + strangers alike

shoutout to all the girls + women who decided its not worth their time, even if they only skip sometimes, and endure criticism, harassment, and stigma as the price for their own freedom of time + comfort

-transmisogyny and the lack of inclusion of transwomen

-ignoring and invalidating women with disabilities

-pretty much anything that falls under lack of intersectionality

-a feminist was really mean to me once

bisexual? looking for positive, accurate representation in media? boy have i got some upsetting news for you

(did you think of that. did you use your brain for more than one second)