gaypocalypse: Ten years ago today, on May 17, 2004, Massachusetts became the first U.S. state to is 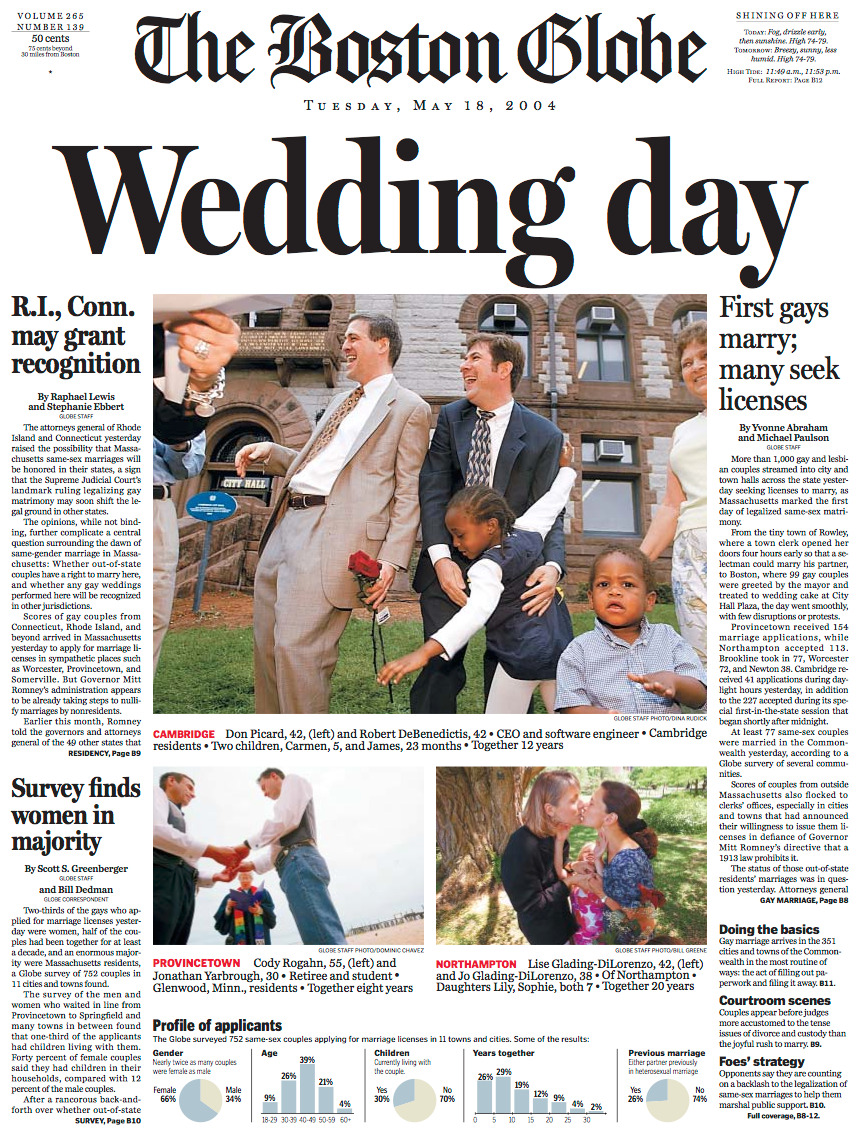 I still remember that day, and my joy and disbelief that it was actually happening. Everyone I knew then believed that it would be temporary, that it couldn’t stick—Massachusetts conservatives were already moving to amend the constitution. But here we are now.

It’s easy to say that same-sex marriage is a silly thing to care about now that it seems inevitable. But back then it seemed almost impossible to sixteen-year-old me that any relationship I’d ever have with a woman would be seen as legitimate, much less that I could get legally married. Massachusetts gave me and my friends hope for a future in which we might live with dignity, as full people, and that was new to us. And I think that means something.