copperbadge:ignescent:gallusrostromegalus:abalisk:queen-tabris:lookninjas:chewedcorn:Map of the US b 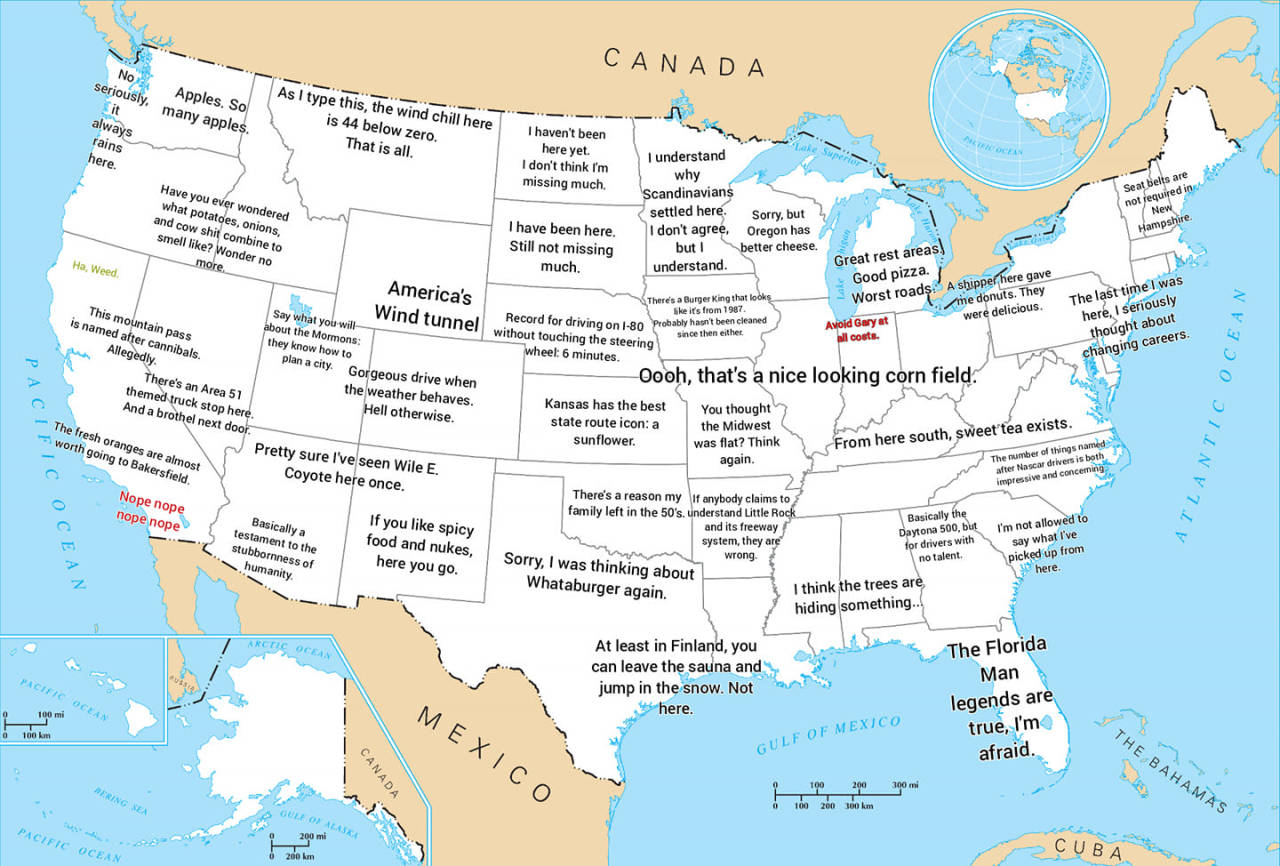 He’s right about the roads in Michigan.  I’m not gonna argue with him on that.

@gallusrostromegalus this seem about right for Colorado?

…Huh.  This is in fact, exactly correct.  This is the first time I’ve seen a map of the states where CO wasn’t “haha weed” or “Is this the midwest???”

That said, the roads are lovely and largely well-maintained but if the weather turns on you it goes from senic drive to I Shouldn’t Be Alive real quick.  Except for the mountain passes, which are always hell on earth no matter what the weather does.

Wellllllllllll the thing is I really WANT Gary Indiana to be all right, but it’s…it’s not.

Gary is super economically depressed because it has no industry and no real chance of one with Chicago so big and so cheap, so close. While I LOVE going to Gary for a ball game, and find some of its architecture extremely beautiful, the stadium is at one extreme end of the city and the area is STILL full of super bad urban decay. Unless you’re going to a ball game or want to buy a lot of meth, there’s not a lot of good reasons to go to Gary.

Mind you, the Railcats are a GREAT reason to go there and that area of the city’s pretty safe, so I encourage anyone who likes baseball to hit a game sometime when we can all sit in stadiums again.

I am bummed he has nothing to say about Chicago, though. We’re a major trucking hub! Surely he’s been there!