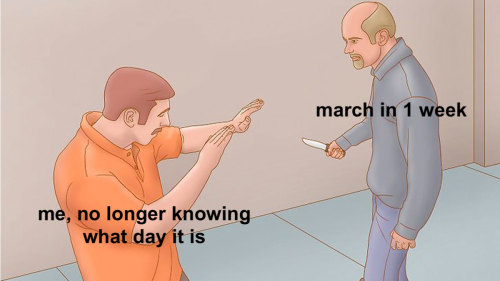 non-human character: *moves their ears/wings/tail to indicate their emotional state and for emphasis when communicating*

Me, with tears in my eyes: fuckibg sup erb…

Everybody pick one of the seven dwarves QUICK

There are only 7 dwarves

Free will, the original dwarf

a way to find ALL of the tags you’ve ever used (mostly?)

and a way to find untagged posts

There will be some seriously intense organizing here soon.

(Just sticking this here for my own reference…)

things that should be completly normal:

actually im gonna say it again. if u see a m/f couple and think “EWWW heteros “ i will put u in the fucking morgue. bi ppl exist. transhets exist. maybe start remembering that lol

Also! Het couples who feature poc or a white person and a poc are a big deal too bc most media is just white relationships whether gay or straight or whatever!

I’m back on my UA bullshit

this blog doesn’t make sense and neither do i

me, when none of the uquiz options fit me and i have to choose a random option: this is horrible. i am going to get a skewed result in this quiz about what type of [insert inconsequential internet culture thing] i am

I got an A

Then why’s he up all night diluting my saliva? Check and mate.

well IM getting moved to a separate chamber tonight so he can keep an eye on me. What about that?

Please, he hasn’t even probed your mind yet. Besides, yesterday he told me that my blood diagnostics were, “abnormal” and “potentially hazardous”. How could you possibly compete with that?

*telekinesis throws a soda can at your head*

this is exactly the behavior i’m talking about. You still need juice rewards and screens. I have evolved past these childish activities, I am a model experiment

*sounds of an evil scientist hurriedly scribbling down notes*

(ID: A picrew of sapphos-frog-earrings, with the credit “Makowka” in the lower right. They are framed from the shoulders up facing the viewer, and are smiling slightly. She has pale skin and pink freckles, blue eyes, and short pink hair. They have light blue glasses and strawberry earrings, and are wearing a loose tan crewneck sweater over a white turtleneck, with a grey bead necklace over the turtleneck. There are sparkles by her face, and the background is the lesbian pride flag with a light pink circle framing her face. /End ID)

(ID: A picrew of sapphos-leather-jacket with the credit “Makowka” in the lower left of the image. She is framed from the shoulders up smiling and blushing. She has pale skin, dark green eyes, and short brown wavy hair tied partially in a loose bun. She has on red glasses and a tan beanie, and is wearing a loose red sweater over a white buttondown with a white bead necklace. There are sparkles around her face, and the background is green with the white outline of a square. /End ID)

(ID: A picrew of grrlboss-azula with the credit “Makowka” in the lower left of the image. She is framed from the shoulders up smiling and blushing. They have pale skin, pale blue eyes, and shoulder length brown hair with a thick pink streak framing either side of her face. She has on a tan bandaid over her nose, a black muscle tank top, silver hoop earrings, and a silver chain necklace. There are white sparkles framing their face. The background is the lesbian flag with a border of a thin black square outline./End ID)

Thanks for the tag Adair!! Tagging @englishspanishandfwench@glowstick-vampire@failingatlifelol@youmaycallmebia@doubledareya@flerkenkiddingme@so1987

i love this one!!

(ID: a picrew of so1987 with the credit “Makowka” in the lower left of the image. They are framed from the shoulders up smiling and blushing. They have pale skin and pink freckles, pale blue eyes, and twin braided dirty blonde hair with a thick pink streak framing either side of their face. They have on a black hoodie with flames, a daisy flower hair clip, and strawberry earrings not visible under front hair. The background is the bi flag with a thick white circle outline. A pink tint is applied over the image./End ID)

omg this one’s so cute!!

(ID: a picrew of lesbianparamores with the credit “Makowka” in the lower left of the image. They are framed from the shoulders up semi-smiling and blushing. They have light skin, dark brown eyes, and dark brown hair with the ends and spacebuns dyed purple. They are wearing a pink shirt, white overalls, two necklaces, and mismatched moon and star earrings. They have stickers on their face in the shape of a smiley face, a love heart, a circle and a star. They have thick black eyeliner, a septum piercing and an eyebrow piercing. The background is the lesbian flag with a black circle outlining their face and sparkles framing them. /End ID)

(ID: a picrew of voluntaryvictim with the credit “Makowka” in the lower left of the image. She is framed from the shoulders up smiling, with her teeth visible, and blushing. She has light skin, dark brown eyes, thick dark eyebrows and dark brown shoulder length hair. She is wearing a white shirt, black jacket, two black necklaces, and mismatched moon and star earrings. The background is black  with a white circle outlining her face and gold sparkles framing her. /End ID)

tagging anyone who wants to do this!

(ID: a piccrew of roozmatazz with the credit “Makowa” in the lower left of the image. She is framed shoulder up smiling with her teeth visable and blushing. She also has freckles. She has light skin, dark brown eyes, thin dark eyebrows and brown shoulder length hair. She is wearing a white shirt, a black jacket, a black choker, black earrings (two on the left one on the right) and black glasses. The background is the asexual pride flag with a pink haze over the entire image. White sparkles frame her face. /End ID)

what if i did one of those joke dni posts

the time has come

taller than 5'5, have/had straight a’s in high school, listen to mainstream music, sleep with more than one pillow, only know one language fluently and that language is english, wear cropped jackets, like artificial orange flavor, walk around the house barefoot, use regular pencils, never watched/don’t like the emperor’s new groove, wear bodysuit shirts casually, have never gotten punched in the face, don’t like animals, can do all three splits, watch riverdale, like mayonnaise, your coffee is more than 50 percent cream, eat buttered noodles, put butter on your popcorn, put butter on your corn on the cob, put butter on your bread, use butter in any way other than for baking, cut your pb&j diagonally, put the toilet paper under and you don’t have a cat, can swim, can run a mile in under 8 minutes, read and genuinely enjoyed the great gatsby, put band-aids over bruises, drink sprite or 7up, think pluto is a planet, do yoga, wear shorts in weather below 20 C (~70 F), or cannot cook rice

[Photo ID : A heart opening up, on the left side is Aromantic flag and on the right, it reads “happy aro week guys :)” End ID] 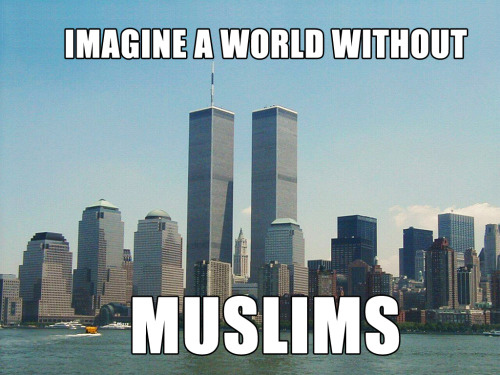 Yes, lets imagine a world WITHOUT MUSLIMS, shall we?

Without Muslims you wouldn’t have:

It was a Muslim who realized that light ENTERS our eyes, unlike the Greeks who thought we EMITTED rays, and so invented a camera from this discovery.

It was a Muslim who first tried to FLY in 852, even though it is the Wright Brothers who have taken the credit.

It was a Muslim by the name of Jabir ibn Hayyan who was known as the founder of modern Chemistry. He transformed alchemy into chemistry. He invented: distillation, purification, oxidation, evaporation, and filtration. He also discovered sulfuric and nitric acid.

It is a Muslim, by the name of Al-Jazari who is known as the father of robotics.

It was a Muslim who was the architect for Henry V’s castle.

It was a Muslim who invented hollow needles to suck cataracts from eyes, a technique still used today.

It was a Muslim who actually discovered inoculation, not Jenner and Pasteur to treat cowpox. The West just brought it over from Turkey

It was Muslims who contributed much to mathematics like AlgebraandTrigonometry, which was imported over to Europe 300 years later to Fibonnaci and the rest.

It was Muslims who discovered that the Earthwasround 500 years before Galileo did.

Just imagine a world without Muslims. Now I think you probably meant, JUST IMAGINE A WORLD WITHOUT TERRORISTS. And then I would agree, the world would definitely be a better place without those pieces of filth. But to hold a whole group responsible for the actions of a few is ignorant and racist. No one would ever expect Christians or White people to be held responsible for the acts of Timothy McVeigh (Oklahoma bombing) or Anders Breivik (Norway killing), or the gun man that shot Congresswoman Giffords in head, wounded 12 and killed 6 people, and rightly so because they had nothing to do with those incidents! Just like the rest of the 1.5 billion Muslims have nothing to do with this incident!

I couldn’t be happier to reblog this.

FOREVER GOT LOVE FOR THE MUSLIM HOMIES

When Europe was in the dark ages, the Islamic world was having its Golden Age.

op can suck my ass. a lot of my best friends are muslim

THIS IS SO IMPORTANT

Fuck yeah. Muslims literally lead the world in science and philosophy, but Europeans took all the credit

not a muslim here, but I think the common misconception is that terrorists who claim to be muslim aren’t actually muslim, they’re extremists who use this religion as a shield and thus the fault goes to everyone who’s actually muslim and just trying to live their lives. 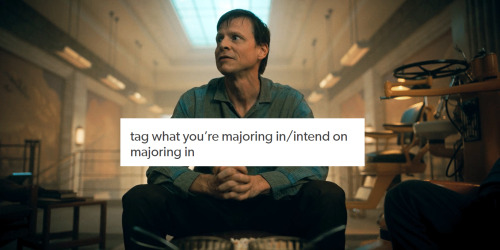 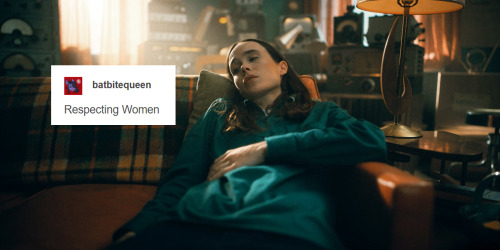 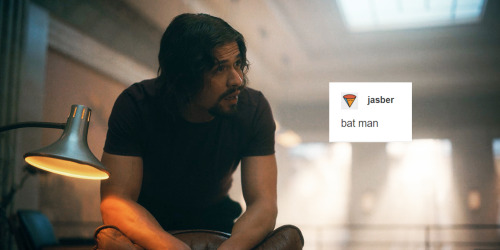 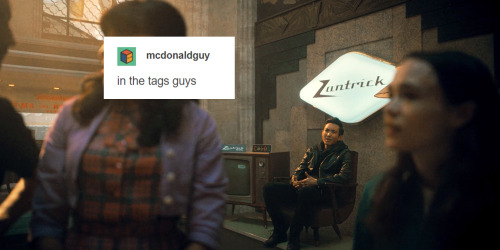 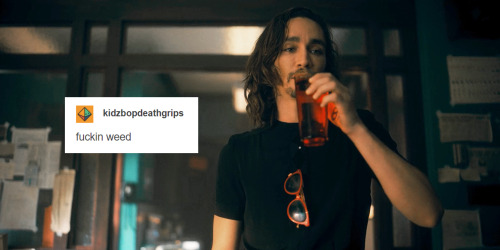 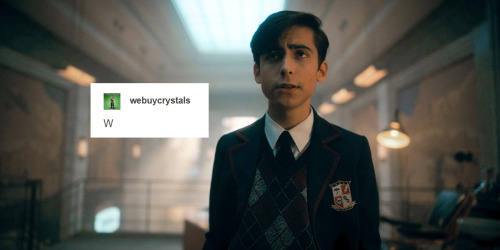 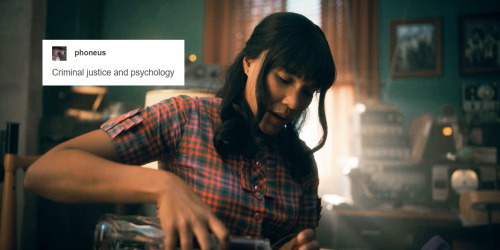 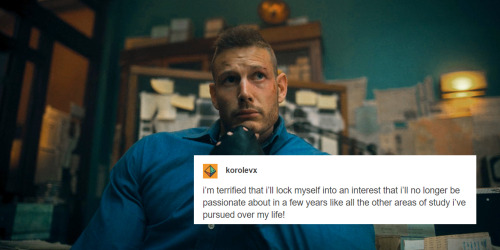 inspired by this,this, and this