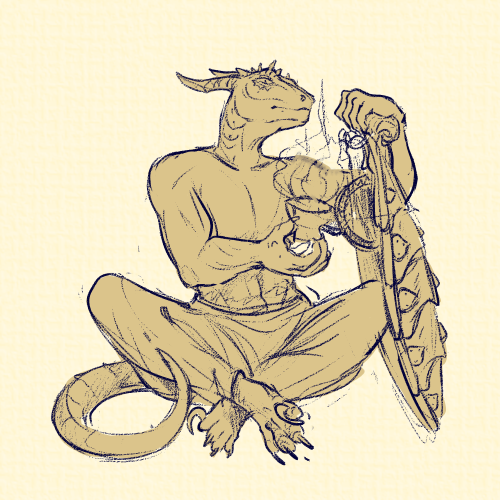 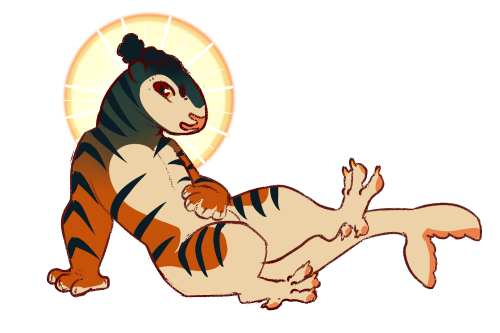 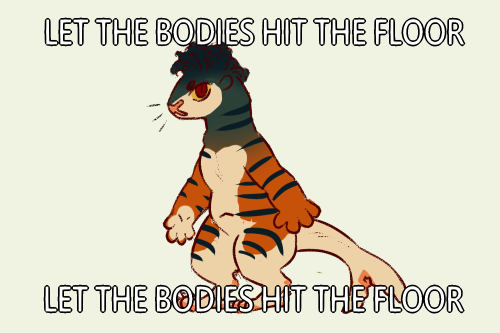 im this close to deleting the worm in the sky pics i did last year theyre clotting up my notifs but the clout…. the fame /sarc fuck this carp in particular

fuck this carp in particular stripes can be any thickness/thinness, same with tail

their insides are all pomegranate fruit n shit! neat! 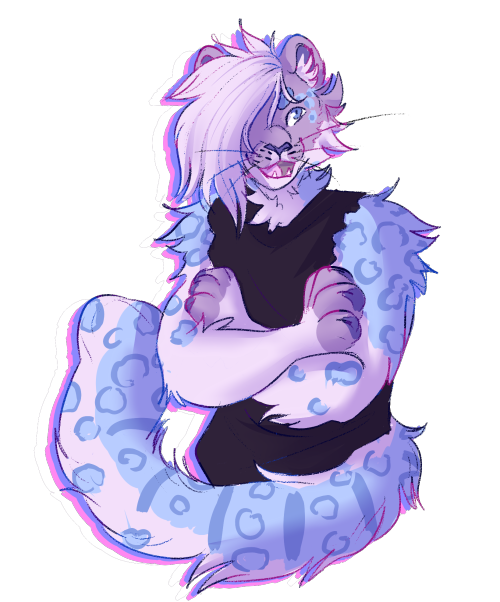 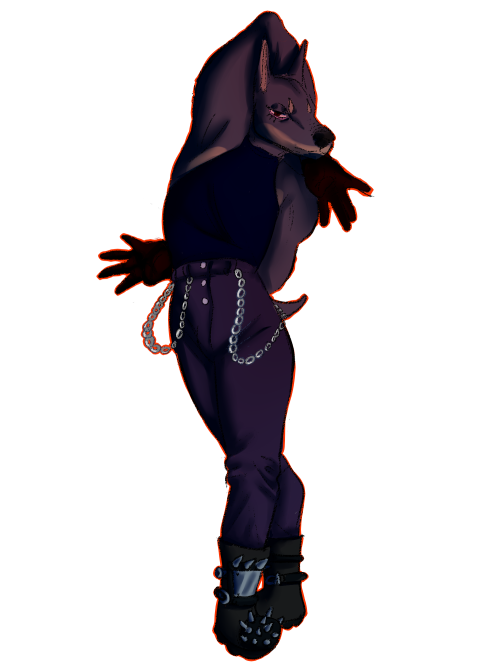 art trade with a close friend of mine on instagram 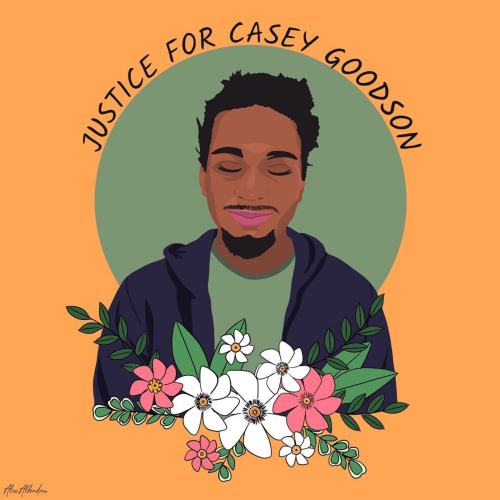 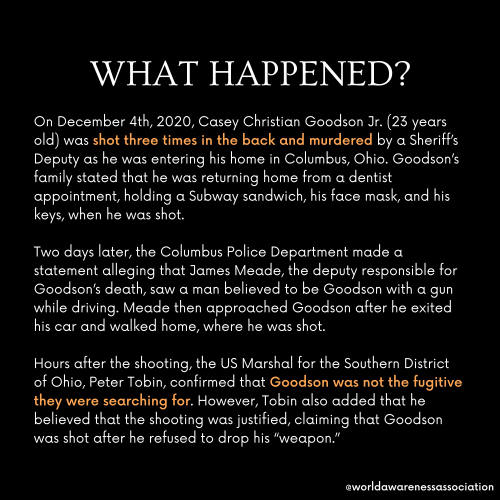 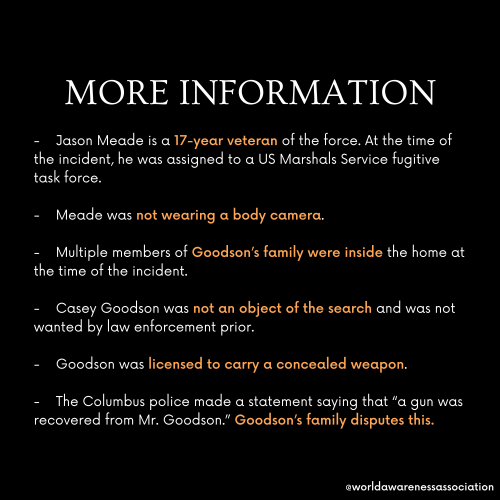 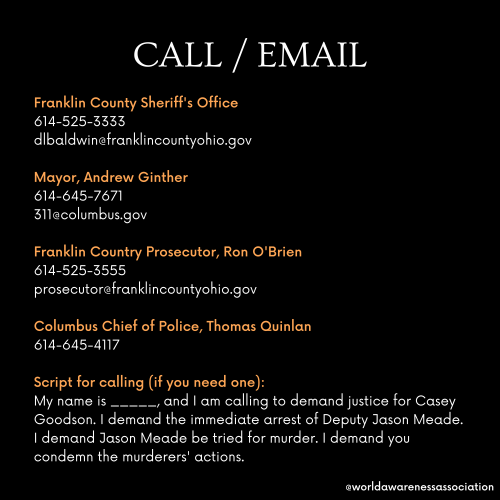 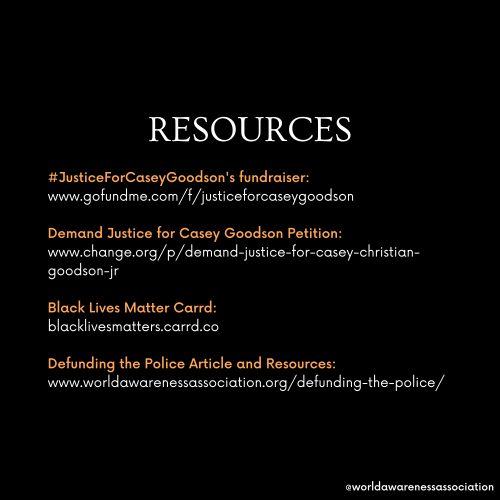 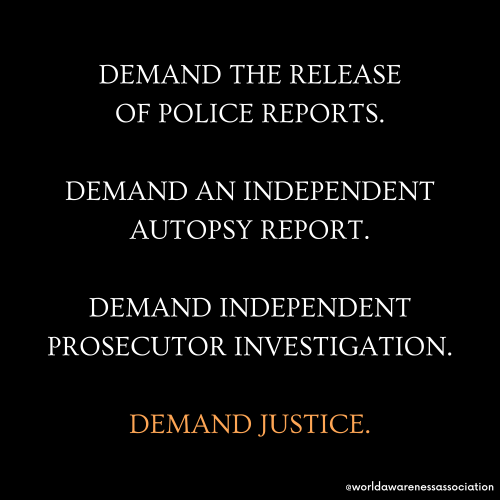 On December 4th, 2020, Casey Christian Goodson Jr. (23 years old) was shot three times in the back and murdered by a Sheriff’s Deputy as he was entering his home in Columbus, Ohio. Goodson’s family stated that he was returning home from a dentist appointment, holding a Subway sandwich, his face mask, and his keys, when he was shot.

Two days later, the Columbus Police Department made a statement alleging that James Meade, the deputy responsible for Goodson’s death, saw a man believed to be Goodson with a gun while driving. Meade then approached Goodson after he exited his car and walked home, where he was shot.

Hours after the shooting, the US Marshal for the Southern District of Ohio, Peter Tobin, confirmed that Goodson was not the fugitive they were searching for. However, Tobin also added that he believed that the shooting was justified, claiming that Goodson was shot after he refused to drop his “weapon.”

Yet another Black man murdered by the police. 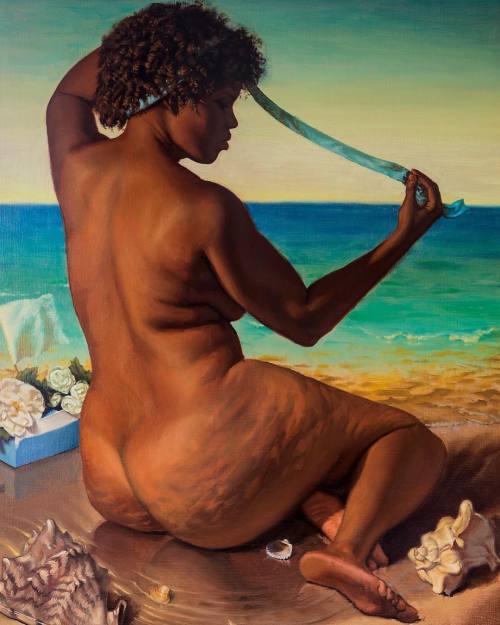 there’s been a mistake in this post, and OP is having trouble correcting it, so i was asked to do that for them. her name is Iemanjá (or Yemanjá, both are correct), not Lemanjah. she’s a very important deity in traditional afro-brazilian religions Candomblé and Umbanda, goddess of the sea, fish, and fertility, as well as protector of fishers, the elderly, and children. here, she is shown with some of her symbols - namely, seashells, the silver abebé(a kind of hand fan) and what is, to my knowledge, an offering (practitioners of umbanda and candomblé leave offerings for her in little boats that they sail over the sea, on her traditional colors, white and blue, as depicted above. it’s also costumary in brazil to do that on new years, even among non-practitioners. in both umbanda and candomblé. the objects and colors that symbolize the orisá - deity - are very important, and representing and wearing them is an important part of their religion)

in short, this is sacred art, and as such it’s important that her name and representation are respected and accurate. so to anyone who’s reblogged, i’d be happy if you reblog this version as well

(PS: i’m not afro-religious, so if there’s anything inaccurate about my addendum, please let me know) 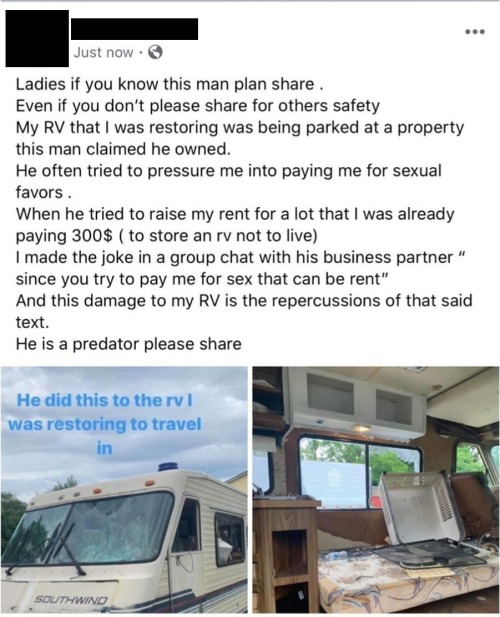 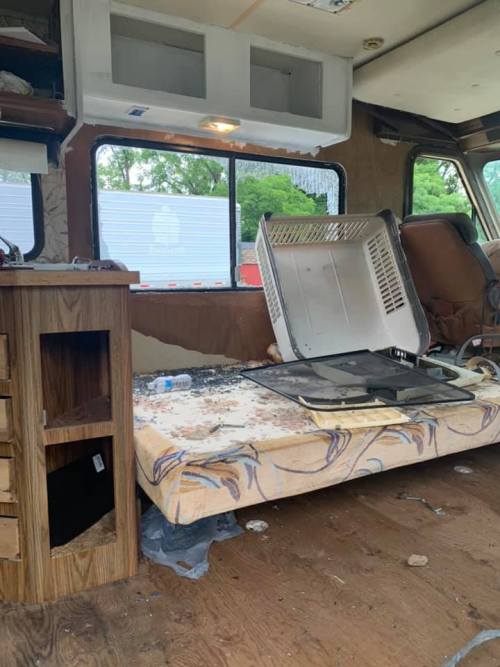 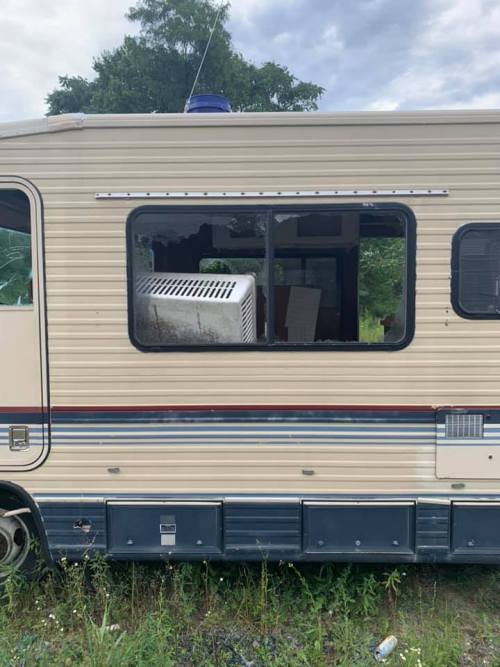 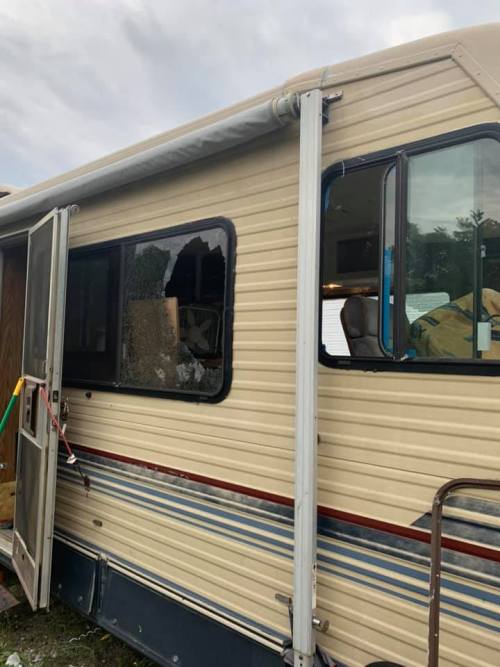 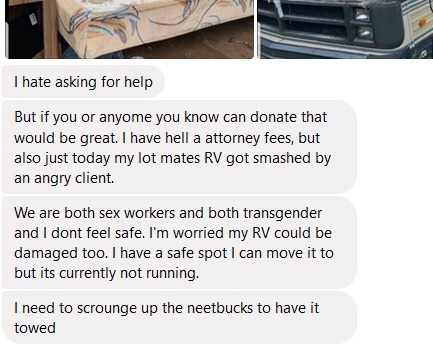 Hey so a dear friend of mine whoms’t is trans and a sex worker and one of us (IU#690 represent) is in a bit of a situation.  Her landlord has been pressuring her lotmates for sex and retaliating by vandalizing their homes.  She has a safe place she can get to, but no money to get there b/c of legal fees incurred amongst all the recent #BLM brouhaha (Not to tell tales outside of school, but this person’s a real life hero).

If you’ve got any extra scratch lying around, her cashapp is $mistressapollyon

Please help if you’re able.  This is a good friend and jeez y’all I’m really worried about her.

Please, for the love of fuck, keep reblogging this.

Please help this person if you can. They deserve the aid.

Updates: The Friend got set up and the pigs are trying to slap her with a bullshit felony incitement charge, which can get, ah, expensive.

If you’ve got any spare pennies, this is where they’re needed.

all his other pics here

https://twitter.com/_Sharon97/status/1307410029616734211
This dude and his brother are abusers of native women, multiple women have come forward (thats what the links are), not only that but they promote the blood quantum theory, the idea that all native tribes are interchangeable and other racist ideals. These men do not deserve platforms. 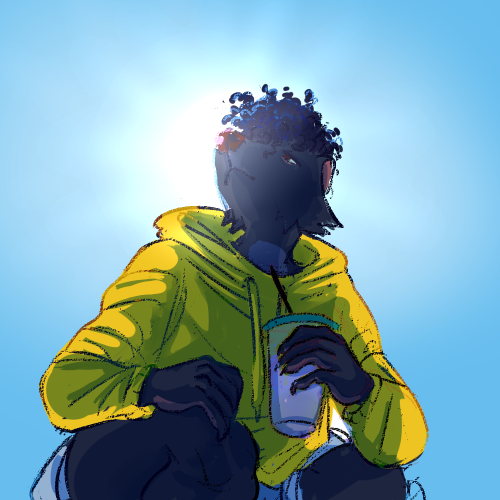 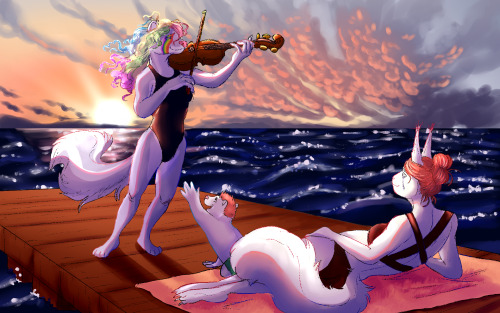 I know we’re all committed to the joke/meme that 2020 is a hell year, because we’ve been doing that joke for many years now and we’re super attached to the notion that years come in discrete packages that can be anthropomorphized or whatever. We like to be cute like that.

But the black lives matter uprisings are good news. They are not evidence that something is wrong with 2020 or with us in 2020. They are evidence of the opposite - that people in 2020 have hearts and souls that are willing and able to resist longstanding injustice and imagine a better future.

We may yet be lucky enough to look back on 2020 as the beginning of the end of a lot of bullshit.

Same. And one of the beautiful.tbings is that it’s not just the United States. There have been vigils, protests, memorials, and uprisings around the world.

Blackbird- (2014, dir. Patrick-Ian Polk) Drama adpatation of the novel by Larry Duplechan. It follows Randy, a devoutely Baptist gay teenager struggling with his sexuality and religion.

Moonlight - (2016, dir. Barry Jenkins) coming of age drama film telling the life of Chiron, a young black man growing up in Miami, told in three stages; his youth, adolescence, and early adult life. It explores his sexuality, identity, and the ramifications of the abuse he endured growing up. Janelle Monae made her film debut in this and it also became both the first film with an all black cast & the first lgbt film to win the oscar for best picture.

Naz & Maalik - (2015, dir. Jay Dockendorf) drama film following two closeted muslim teenage boys in Brooklyn during one summer afternoon as their secretive (read: closeted gay) behavior sets a FBI agent on their trail. After both boys give her two different excuses for their behavior, they worry about being outed to their families.

Noah’s Arc: Jumping the broom - (2008, dir. Patrick-Ian Polk) Comedy based off the tv series “Noah’s Arc” follows Noah and Wade as they invite their friends along for an insane weekend before they marry at Martha’s Vineyard.

Pariah - (2011, dir. Dee Rees) art drama film telling the story of Alike, a 17 year old black girl as she slowly but surely comes to terms with being a butch lesbian while her parents relationship is falling apart. As her mother begins to grow suspicious about her daughter’s sexuality, she forces Alike into feminine clothing and pushes her to make friends with a respectable young girl from her church.

Rafiki - (2018, dir. Wanuri Kahiu) Kenyan romantic drama film centering on two Kenyan lesbian teenagers, Ziki and Kena. It explores their blossoming love and friendship as they face poltical and familial pressure to follow a path of life they arent really suited for. The film has mostly been premiering in festivals and isnt available for streaming in the US/UK yet but once its out this is a very important, groundbreaking film that we all need to be supporting!

Set it Off - (1996, dir. F. Gary Gray) Crime action film about four close friends who decide to rob a bank for different reasons, but all with the goal to better life for themselves and the ones they love. The character Queen Latifah plays is a butch lesbian!

The Happy Sad - (2013, dir. Rodney Evans) Drama film following the lives of two very different couples in New York City. The first, two gay black men who’ve been together for awhile and decided to try to turn their relationship into an open one. The second, a het white couple who decide to take a break and end up experimenting with same-sex sexual encounters.

The Skinny - (2012, dir. Patrick-Ian Polk) Rom-com telling the story of five Brown University classmates as they reunite in NYC for gay pride weekend. Four are gay men, and one is a lesbian woman. Magnus is a medical student in a happy relationship with his boyfriend, Langston is a Yale PhD student, Sebastian just came back from a year in Paris, Kyle is uh…slutty, and Joey’s witty as hell.

The Wound - (2017, dir. John Trengove) Alternatively titled Inxeba, The Wound is a South African drama film following the secret relationship between two men during the Xhosa ritual of Ulwaluko, an initiation into manhood.

“Men and boys are seen as the primary target of racial injustice,” AAPF associate director Rachel Gilmer told TakePart in May. “This has led to the idea that women and girls of color are not doing as bad, or that we’re not at risk at all.”

But studies show otherwise: Black women are killedandsexually assaulted by the police, and incarcerated at almost three times the rate of their white female counterparts. Yet news coverage of these cases are focused largely on the relationship between law enforcement and black men.

From the linked article above. None of this diminishes the importance of any Black Lives Matter protests or the lives of black men.