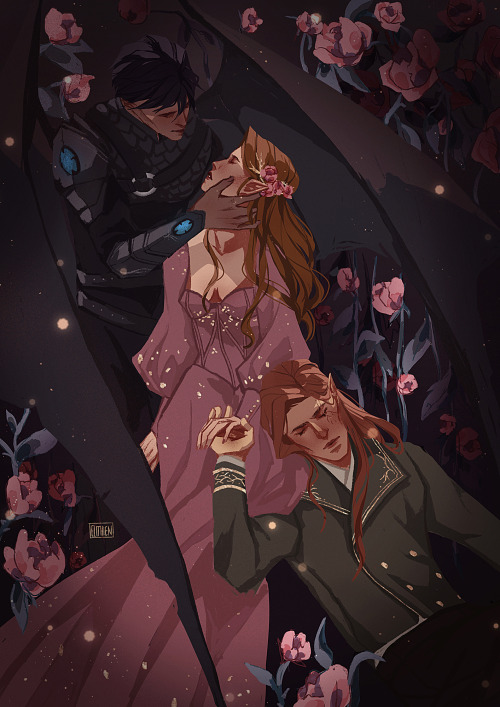 People always ask me whether I ship elucien or elriel. I’m just sitting here thinking, why not both? Or, better, all three of them together? :”> 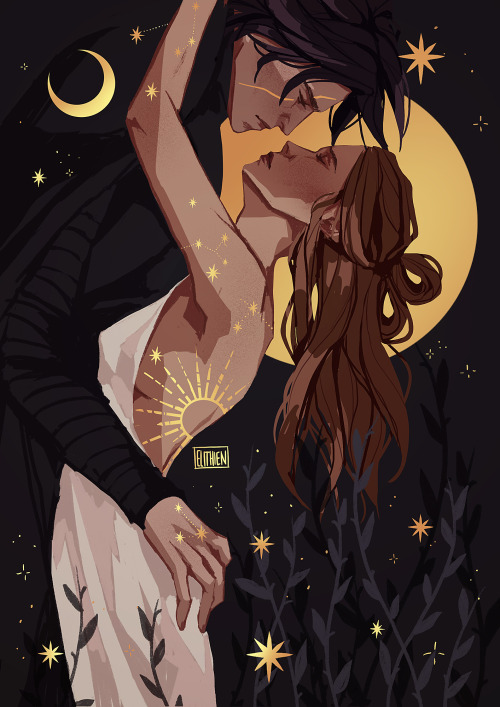 . Reylo postcard i did for my Patreon reward last December <3 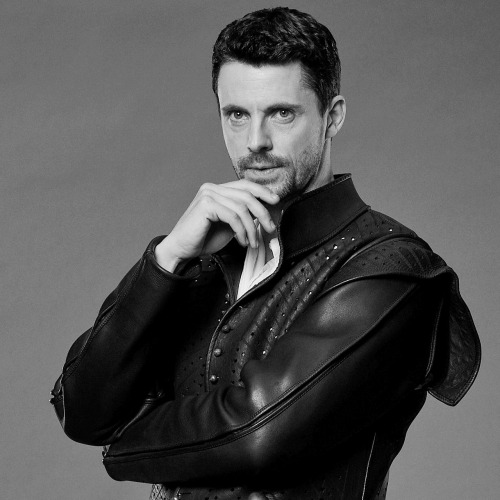 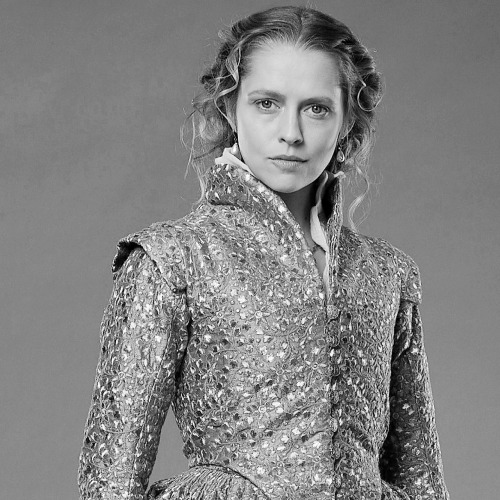 A Discovery of Witches Season 2 Finale arrives on Saturday March 13 in US and Canada !!!

me listening to people’s arguments over elucien, elriel, and gwynriel and coming to the conclusion that i will ship all three because everyone is making some pOINTS and because this way i won’t get my heart torn out of my chest when the actual ships are revealed

HAHAHA Omgg I feel this one

I have reached peak idgafism. They’re all going to have great arcs, and I’m here for that. Even if I’ve put one of my favs in his cage. 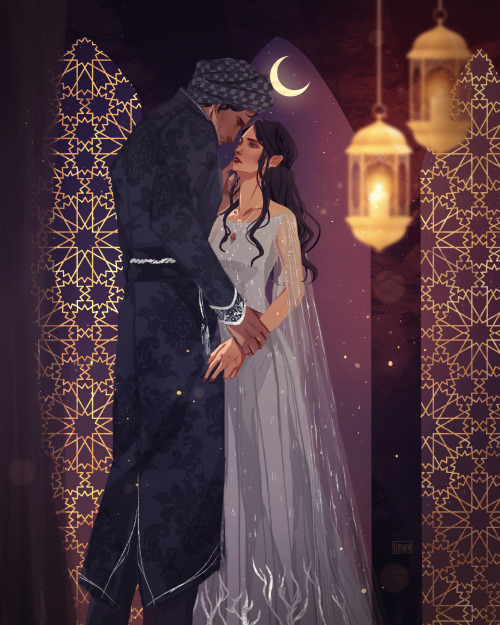 Elain: “You can’t have it both ways. You cannot resent my decision to lead a small, quiet life while also refusing to let me do anything greater.” 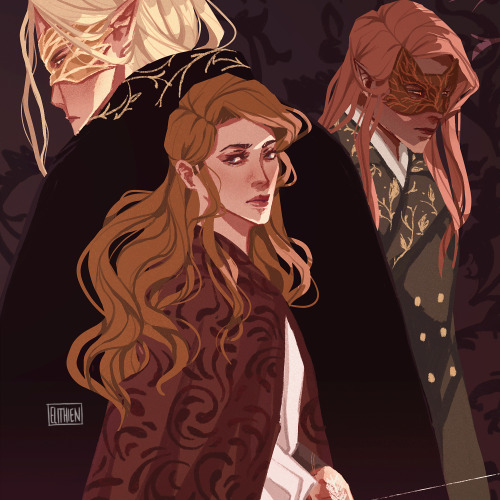 The countdown to the release of A Court of Silver Flames begins and to celebrate the upcoming debut, I will be posting a teaser of each dust jacket design every day leading up to Tuesday and… just as a special treat, you will get to see the full reveal of the ACOSF dust jacket! I will also be officially announcing the preorder date for my limited hand-signed (by me) editions for the dust jacket set. So excited!!! 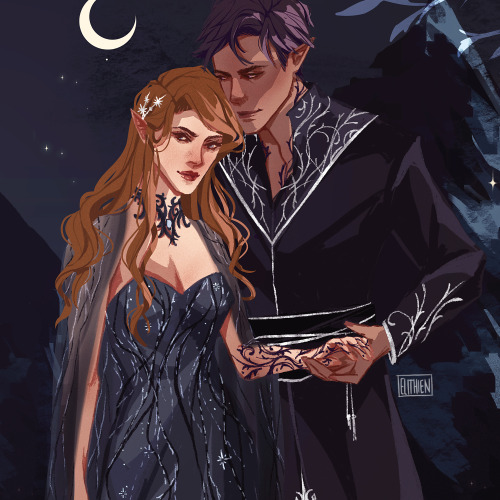 Probably my second favourite design of the set! I really like the full version of this one can’t wait for all of you to see it once it’s out. 3 days to ACOSF dust jacket reveal! 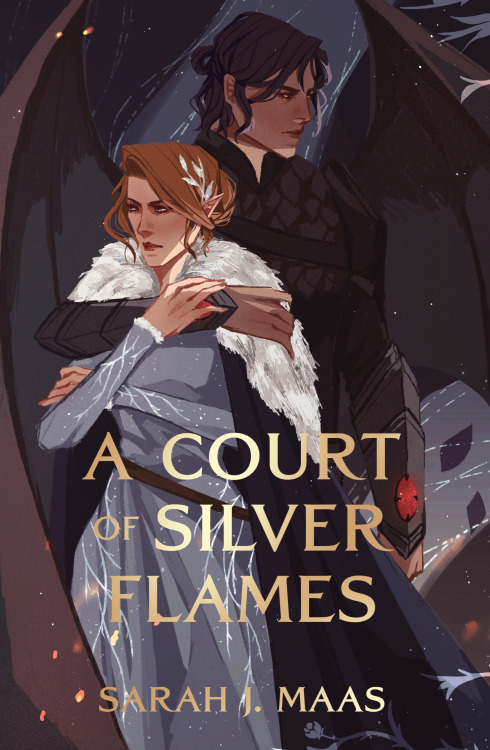 Happy ACOSF release day! I’m so happy to finally reveal my dust jacket design as part of the ‘A Court of Silver Flames’ box that’s in partnership with Illumicrate. This dust jacket (as well as all previous books from 1 to 4) will be gold foiled, spot uv coated and finished with velvet lamination. I am also releasing a limited signed edition bundle which will include x5 hand-signed dust jackets (ACOTAR books 1-5) and x5 gold foiled double-sided bookmarks based on the dust jacket art. There will only be 100 copies of this bundle!

The public preorder date for my edition is 20 Feb, 2021 at 18:00 GMT, however I would recommend joining my Patreon for early access to preorders in order to avoid disappointment in case it sells out beforehand!

Note: the dust jackets from my edition and Illumicrate’s box are 100% the same. It is coming from the same manufacturer and batch. The other contents of our bundles are what’s different. 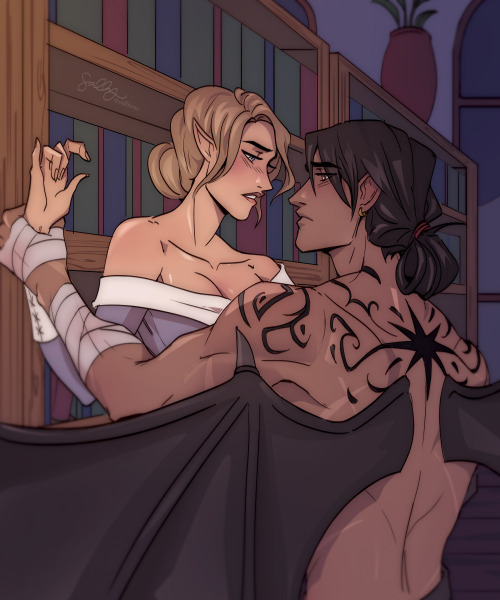 (Not an ACOSF spoiler! Also please don’t spoil anything for me either! I’ve been working on this with @/acobaf (IG) for a month prior to release! Thought it’d be a nice successor to my other Nessian piece!)

Kerri Maniscalco gave us the first chapter of Kingdom of The Cursed to read ahead while we patiently wait for October! (read it here)

Here is my take on what I’ve just read.

“He was not my friend, and he certainly wasn’t my protector.”

While this is plainly just Emilia’s feelings at the moment, what if Pride does suggest Wrath watch over her? Like he (Pride) didn’t even meet her at the gates, so one assumes he is busy–what with being the Prince of Hell and all. So maybe since Hell is so dangerous, Wrath has to watch over her.

“Now I willingly promised to wed their king, the Prince of Pride, to end a curse. Or so I’d led them to believe.”

Girl what do you mean “Or so I’d lead them to believe”????? Emilia what do you have up your sleeve? I’m scared of this women, but also very excited to see what she has in store!

“His penetrating gaze was already trained on me. That same cold look on his face. I wanted to claw out his heart and stomp on it to get some hint of an emotion. Anything would be better than the icy indifference he now wore so well. He’d turned on me the second it suited his needs. He was a selfish creature. Just like Nonna had warned.

Here, in the shadows of the underworld, his dark-gold eyes glinted like the ruby-tipped crown on his head. My pulse ticked faster the longer our gazes remained locked in battle. His hold on me tightened slightly, and it was only then that I realized I was clasping his hand in a white-knuckled grip.”

He was silently waiting for her to calm down. Later on he states that she needs to be in control of her emotions, so I think he was giving her a moment to catch her breath. This is also really cute, because I think he does actually care for her, which is also eminent in a quote I put in a little later.

“He placed a hand on the small of my back and guided me forward. I was so shocked by the feel of his hand, the tender intimacy of his action, I didn’t step away. Pebbles skittered beneath our feet, but didn’t make a sound. Aside from our voices, the lack of noise was jarring enough that I almost lost my balance. Wrath steadied me before letting go.”

He didn’t roughly shove her, he is still gentle with her like he was throughout the last half of Kingdom of The Wicked. I don’t think he hates her, and still harbors his feelings. Maybe he is just keeping them at bay for some reason. Threats? Own self morals? Question his love for a witch? I don’t know, but he obviously still likes her in some way – one doesn’t simply eat cannoli’s with someone.

“Your pride didn’t appear in that bone circle the night you spilled blood and summoned me. It was your wrath. Your fury.”

This is true. Wrath says this like he is truly angry. Emilia is very cold to him right now because she feel betrayed, but he truly didn’t mean to betray her. He came for her when she needed him most, and she was truly upset when he was gone. I think that he was upset as well, and maybe even felt the pull of her trying to summon him but couldn’t leave Hell for some reason. Again, have no clue what this would be… However, in book one, Lust did say that Wrath needed to urgently go back to Hell. We never figured out why he said this…

“His attention dropped to my lips and lingered. A seductive gleam entered his eyes as I returned the favor. He might not admit it, but he wanted to kiss me.”

DUDE WANT TO KISS YOU! This is Wrath we’re talking about. He doesn’t just go around a kiss random women, especially witches. This is another instance of him truly caring and still harboring feelings for Emilia.

“In this hatred we were united.”

The Prince of Wrath and Emilia are tied through anger. This could mean that since she is holding so much anger for him they are still bound together. Somehow this may interfere with Pride’s plan to wed her, and maybe that is how the agreement goes the hell (no pun intended)

Things have been different since the Joining. There are nights when Casteel and Kieran lock eyes, and Poppy finds herself pressed between the two of them, moaning and whimpering until the early hours of the morning. Then, there are the nights Casteel keeps her all to himself, and it’s passionate and wonderful and all the things she never thought she could experience back when she was the Maiden.

Both kinds of nights are bliss. Poppy feels loved and safe in a way that she never has before.

But her mind drifts to the kind of night she hasn’t had yet. A night with just Kieran. And as soon as the idea has passed through her mind, she can’t let it go.

She thinks about it as he snatches a piece of potato off her plate at dinner. As he steps in front of her protectively when a stranger gets too close. As his lips turn up to tease her for asking a question. As his eyes linger on her neck where he left his own mark.

She loves her husband. But it’s impossible for her to not love Kieran too.

“I have a question,” she says.

“Why am I not surprised?” Kieran mutters. But his lips turn up anyways. Her heart skips a beat.

“You and Cas are really… close.”

“That’s not a question.”

“I, uh.” Poppy frowns at the ground, feeling foolish for even asking. But it makes sense, doesn’t it? Kieran and Cas have a long history. It was a little too easy for them to be comfortable with the Joining. They kiss like two people who have done it before. “How close had you two gotten before we, uh…”

Kieran turns to look at her, eyes teasing. But he answers her anyway. “Very close, Poppy.” The way his voice dips low sends a shiver up her spine. He swallows and turns his head before adding, “Being bonded makes it hard to ignore the pull.”

There is nothing teasing in his voice then. Pink splotches form on his cheeks, mirroring her own.

“Always?” she asks, her voice weak.

Kieran stays away from their bed that night. She misses him. And she knows he misses her too.

read the rest on ao3 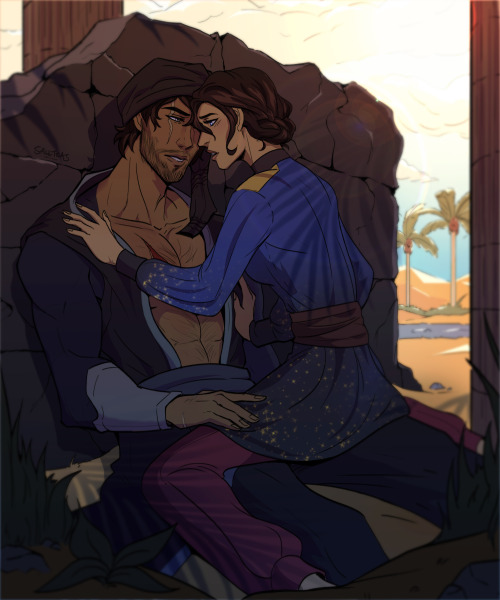 Nasir and Zafira taking cover from the sweltering desert sun from We Hunt the Flame by Hafsah Faizal (@hafsahfaizal)!

Commissioned by @/acobaf on IG! ♥

Kit, enough! Let me make this exceedingly clear. I am perfectly well and in my right mind. This is Diana. And if you want to keep a tongue in your head, you will speak of her with respect. She’s here not as my guest, but as lady of the house.

so SJM said she planned Nesta’s AND ELAIN’S journey early on!which means all the crumbs we’ve gotten so far (stepping out of shadows, stabbing the king,sneaking up on people..etc etc) are planted intentionallyand not just to give Elain something interesting to do like the antis claim lol

Reading ACOSF & its bonus chapters I really felt like SJM was speaking to the fandom directly regarding Elain being boring or whatever:

and I absolutely cannot wait to devour every page of it

I’m ridiculously excited for her journey. I do think it’s interesting to note that both povs mentioned Elain.

I honestly prefer Elain’s book first, because I want her to choose Azriel or Lucien.

I’m not comfortable with the idea of making Lucien the rebound. My boy deserves to be chosen.

It looks like SJM might go the Gwynriel route, so I’m hoping if she is that Elain chooses Lucien before that if that’s what she’s going to do. Or if we could at least peek into Elain’s mindset on the bond, and all that before her own book. That would be nice.

I’m still grappling with her doing so much for Elriel, just to undo it all in one pov. We clearly understood her crumbs, so what now?

We’re left with plot questions as well. Many of them. Especially in regards to Elain.

I would’ve preferred Elriel fizzle out in ACOSF throughout the book, and for SJM give Elucien and Gwynriel something more solid to stand on.

But this is SJM’s circus and we are her clowns.

She knew exactly what she was doing in leaving everything up in the air.

Regardless…. MY QUEEN IS GETTING HER OWN BOOK.