women & the earth have to tolerate a lot.

A tale that becomes folklore is one that is passed down and whispered around. Sometimes even sung about. The lines between fantasy and reality blur and the boundaries between truth and fiction become almost indiscernible. Speculation, over time, becomes fact. Myths, ghost stories, and fables. Fairytales and parables. Gossip and legend. Someone’s secrets written in the sky for all to behold.

Post link
#tswiftedit  #taylor swift  #tswiftgif  #folklore  #taylorswiftedit  #mine folklore  #this is what happens when you give me song visuals  #also this goddamn colouring took so goddamn long
Fri, 24 Jul 2020 14:47:24

The City Of Lover concert is streaming on Hulu + Disney+! And the live songs are available now  http://Taylor.lnk.to/loverlfp

I’ve been struggling with depression and the excitement of seeing this concert made me feel light in the first time in awhile. Thank you @taylorswift. I’m currently re-watching the reputation concert video and remembering better days.

#i don’t wan to be Too Deep with this#but i always liked this little moment#because Warner is trying to imply that marilyn is a lesser woman than jackie#as if all women are one of two things. and one of those things is ‘better’#but elle seems confused because she just sees them as two women#or at least doesn’t see why marilyn would be ‘worth’ less than jackie#or something like that#and therefore their main difference comes down to something simple#something dumb#and her mind concludes it must be#their hair color#and that might not be what the scene was trying to do at all#but that’s how i see it so#….#legally blonde#elle woods said marilyn deserves just as much respect as jackie (via@kaiayame​)

I actually think this is exactly the point of the scene. Warner clearly thinks of Marilyn as gorgeous but dumb and Jackie as smart but less sexy. But we’re in this movie from Elle’s point of view. And Elle doesn’t understand Warner’s implication here because, to her, both these women are successful and beautiful and amazing. The only difference is one is blonde and the other is a brunette.

This scene isn’t trying to make Elle look stupid, because the point of the movie is that she’s not. She’s just incredibly, unabashedly feminine. And Elle’s way of thinking here is right. The main difference between Marilyn and Jackie, that Warner would know of and therefore could be alluding to, that is also something Marilyn and Elle have in common with each other, is their hair colour.

This is also a great point because people like to think Marilyn Monroe was vapid and dumb due to her film roles but she was actually incredibly intelligent and also just a great person all around, just like how Elle might seem dumb but is able to get into law school on her own merit. Neither should be underestimated! 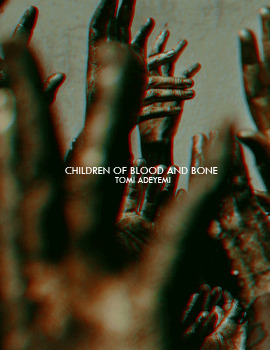 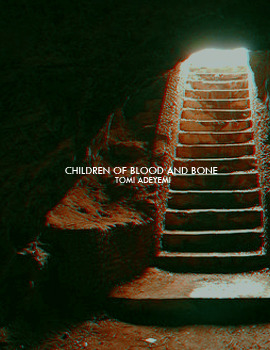 “I won’t let your ignorance silence my pain.”

Does anyone else remember Brett Kavanaugh throwing one childish mantrum™ after another during his confirmation hearings? But yeah, sure, please keep telling me how AOC is the “emotional” one.

Republicans: Crying for others who are suffering is a sign of weakness and instability, but crying for yourself? That shows real character.

Oh look, I found a summary of the entire Harry Potter series: 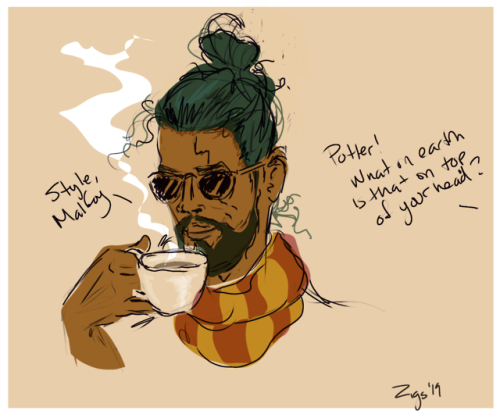 “Potter! What on earth is that on top of your head?” 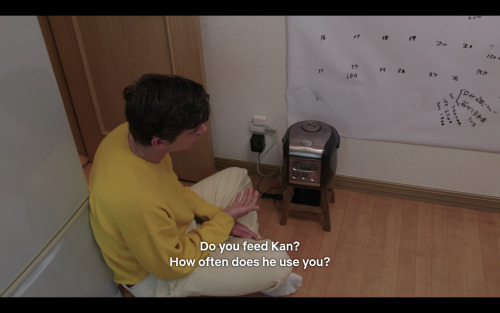 It has officially been 4.5 hours since I started trying to get tickets for #loverfesteast

And I’m still waiting my cousin tried to get us tickets and all she could get was $500 seats.

Update: I didn’t even get to the end of the line and Ticketmaster ran out of tickets. Guess I can go buy the $1500 floor seats scalpers are selling on stub hub ‍♀️

It has officially been 4.5 hours since I started trying to get tickets for #loverfesteast

And I’m still waiting my cousin tried to get us tickets and all she could get was $500 seats.

‘just stop worrying so much’ listen buddy if i knew how to stop i would’ve, do you think i’m doing this for fun 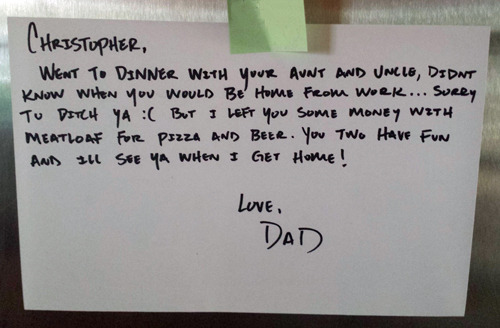 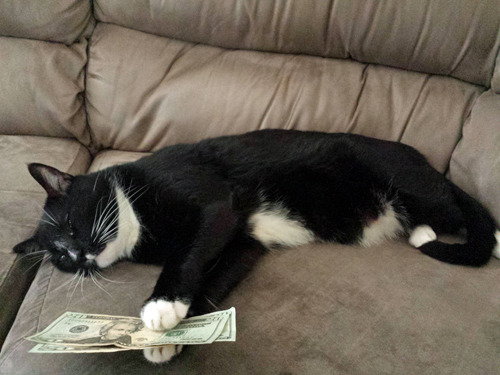 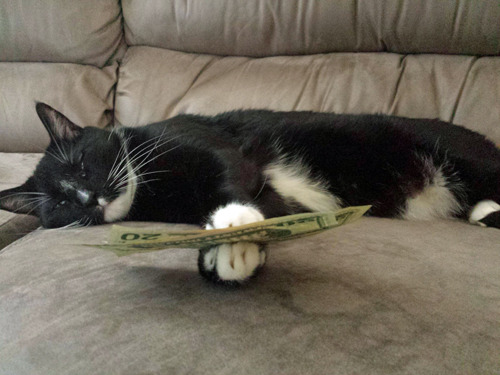 Let us just appreciate that this person’s dad didn’t know when they would be home and so he couldn’t plan for them to be able to join the family for dinner, but he knew with no doubts that dear sweet Meatloaf staying in that exact position for hours was an absolute in this scenario. Truly, that cat was named well.

one of my favorite posts on tumblr over the course of 5 fucking years.. clearly i need a life

Meatloaf is a reliable cat and did not steal the money for selfish reasons. A rare friend.

Me on my way to the fridge at 1:38 in the morning for a little snacki snaccc

When someone asks you where you see yourself in 5 years and you’re like buddy .. im just trying to make it to Friday

Me to my skin: we’re adults now, let’s act like it.

#this is team skull

The pet store I worked at had a pen with rabbits near the front door. On every side of the pen were huge signs saying “You can pet me, but don’t pick me up!”
One day two absolutely huge guys came in and one immediately reaches into the pen to grab a rabbit. Before i could say anything his friend grabbed his arm and asked him “did you see the sign?”
He said “yeah! it says that you can pick them up but don’t pet them!”
Then he went quiet for a moment and softly said “I didn’t read it right did I?”
And his friend just puts his arm on his shoulder and said “its ok, i know you’ve got that thing where words get mixed up. Let just pet these cute lil shits”
And I still haven’t gotten over that interaction.

I was walking my dog through Boston bc he likes the likes car rides. He’s a little thing tbh we call him short and long.
So this huge scary man with a full beard approaches me like “hey can my buddy and I pet your dog? He gets nervous around dogs but your’s is so small I think it’s a good place to start.”
Ofc I was like “yes he’s very friendly!” So this guy brings his equally big friend over and they sit on the floor while this man looks terrified of my tiny dog so big man number one asks “can I pick him up?” And i say yes so he picks him up and puts him on man number two’s lap and man number two is abt to freak out and his friend straight up just goes “hey man, it’s okay just relax I’d never let anything hurt you. He’s a good boy.” I’ll never forget it ever bc I know that man looked at me (5'3 , glasses, probably wearing a sweater vest) and my dog (kinda goofy looking little thing) and was like ‘ah yes the two least intimidating living things I’ve seen in Boston all day he’ll feel relaxed around them’ and went out of his way to help his friend. It makes me so happy

My husband had this Dungeons and Dragons group ages ago, and one of the guys was TERRIFIED of cats.  The moment he sees one he freezes up and can barely breathe.  Said guy is almost seven feet tall and solid wall of muscle.  Whenever he came over I’d put the cats in the bedroom and chill out with a book because my cats don’t like being shut away without one of us.

One of my cats was pawing at the door and meowing loudly, an indication she REALLY needs to use the litter box.  I let her out and decide, hey, I’m hungry, and decide to the kitchen.  I forgot to shut the bedroom door.

Next thing I hear is the group going completely silent.  My husband very calmly asks me to come over and help him gather our two cats up.  I go over to where the group is and my black cat, Cacoa, is rubbing up against the guy’s leg, purring, and doing her “let me on your lap” meow.  The other cat, Jasper, is sitting at the window, chilling out.  I go over and pick up Cacoa and tell the big dude she’s harmless, loves laps, and would be thrilled if he pet her.  Very slowly he touches my cat’s face, and she leans right into his hand.  He then pets her back and sighs because she’s really soft and purring like mad.  After a few minutes he asks how to pick her up and if it’s okay if she sits on his lap.

He spent the next six hours spoiling my cat.  The next week he showed up with cat treats and toys because he fell in love with the cats.  He told me he was doing some research on house cats, and even talked to a vet about them.  A couple months later he adopted two cats and was as thrilled and excited as a new parent.

I used to work at this stable for icelandic horses and every now and then this man would turn up by the field to just watch the horses. One time I walked by him as I was going to get the horses inside, and he went ”I always wanted to learn how to ride but I’m afraid of horses because they’re so huge. If I could ride ponies like this, maybe I’d dare but now I’m too big and heavy for them.” You should have seen his face when I told them that actually they’re not ponies, just small horses and they could totally carry him. His face just lit up. Next thing I’m helping him to get on back. Today he knows how to ride.

A few years ago my sister and I were in Daytona Beach, and we saw this huge, burly biker. Looked like the stereotypical biker: big black beard, the goggles, leather, and a bandana. He also had a baby carrier, and in that baby carrier was a tiny little orange Pomeranian. We complimented his dog and he said, in one of the deepest voices I’ve ever heard, “thanks, his name’s Little Bear!” And he told us about how he’d take Little Bear out on his motorcycle everyday and how much the dog loved it.