This isn’t related to anything in the story but yeah

Thank you, from the bottom of my heart.

have a nice day, you wonderful person 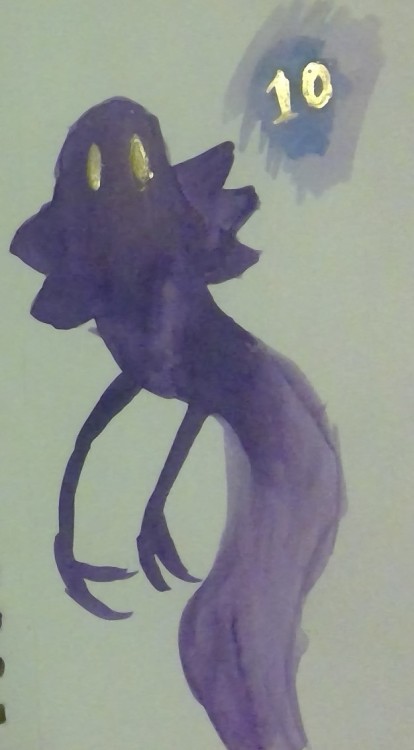 I drew snatcher but watercolor

When Moonjumper and Snatcher are in sync (like playing piano together) they fuse into the Prince of Subcon. They pretend that the people who saw it are crazy.

Hat Kid: You guys just became a living breathing person
Snatcher: Please tell me you didn’t find that stack of weed that CC brought in.
Moonjumper: I already took that out of the kitchen, don’t worry
Cooking Cat, from the kitchen: WHAT STACK OF WEED?
Moonjumper: IT’S GONE NOW, I GAVE IT TO THE MAFIA BOSS
Mu: HAHHAHA! LOOK AT THE JAR MAN. HE’S GOT A BUNCH OF THAT POWDER INSIDE HIS JELLY 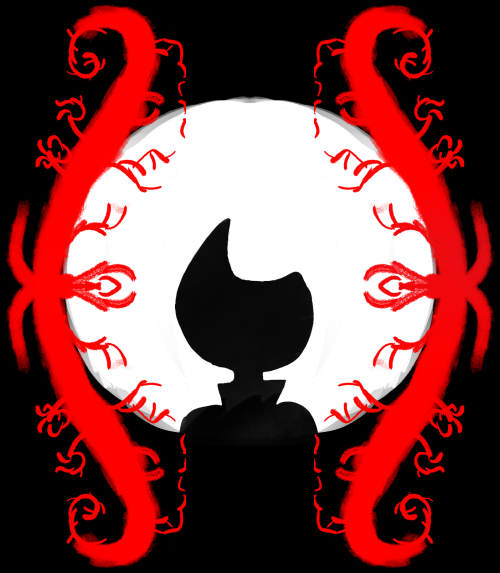 chapter 9 art! I really liked this one so I decided to post it 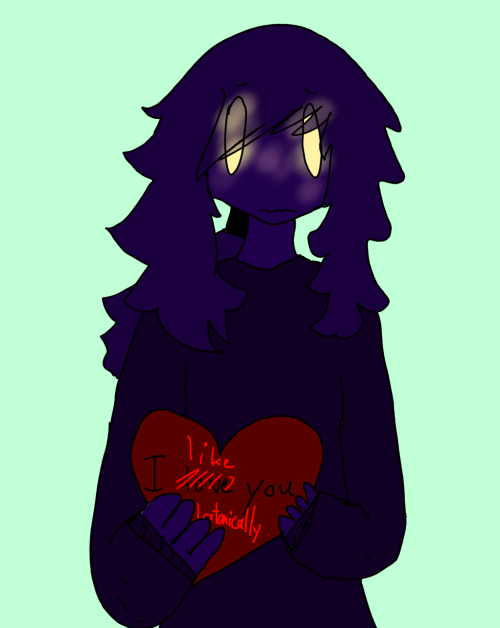 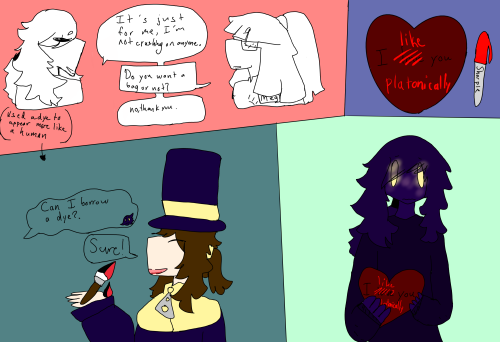 this was inspired by a comment from acoustic_heartbeat (https://www.wattpad.com/user/acoustic_heartbeat).
“SNATCHER BE MY VALENTINE OR ILL PUT YOU IN A BOWL AND DUMP TOMATO SAUCE ON YOU. and eat you.” 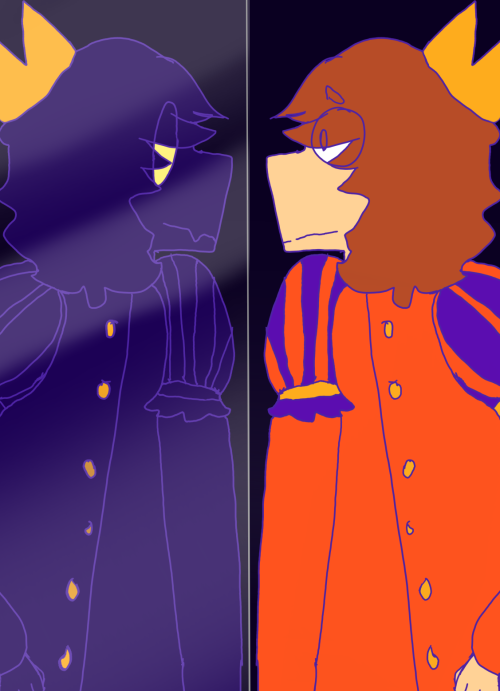 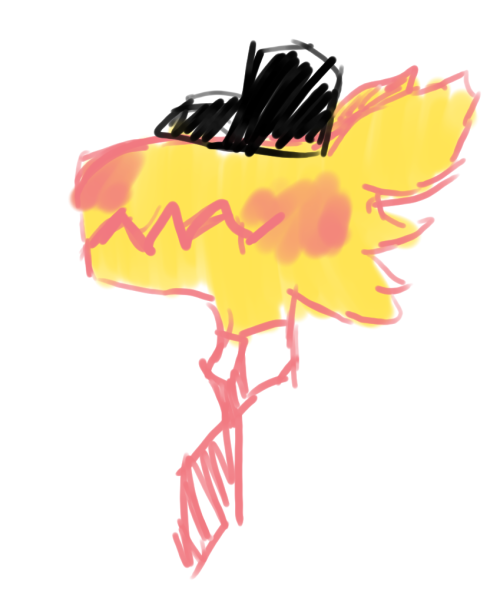 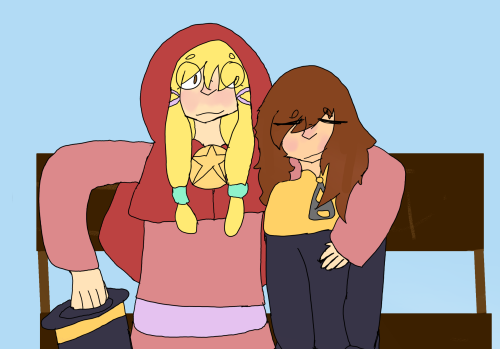 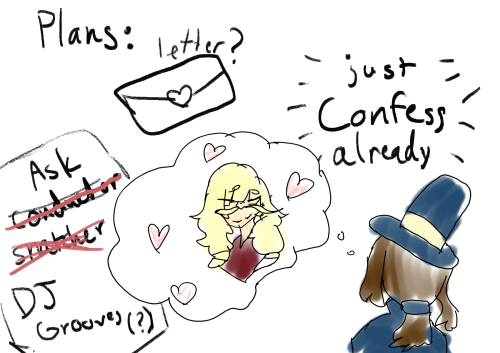 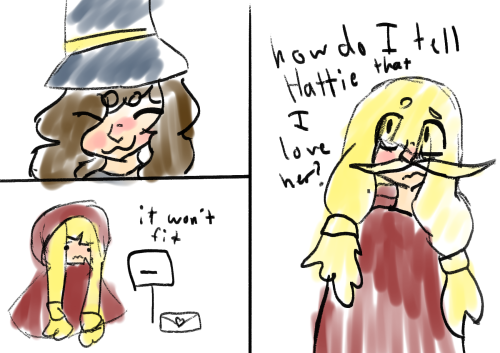 just some doodles i’ve had 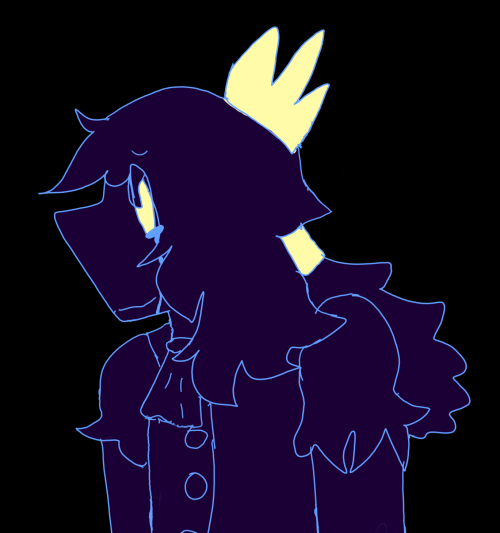 I posted the above image on my Tumblr (though don’t expect much out of it. It’s mostly just reblogs, but there will be some Hat in Time stuff & art buried there.)

Ignore the stiffness of the prince form and the abnormal fluffiness of the king form (he still is pretty fluffy tho). That’s what I’ll be calling both of his forms for the story for clarity.

Now you can officially close the tab or exit the app (or read the next chapter, if it’s up!) because I’m gonna try to write a Discotrain oneshot.
And oh dear, it’ll probably be bad. That’s okay, it’s not important to the story! If you wish to read anyway, this will relate to mentions of Discotrain in the story eventually. This will also not be very high quality like I promised the future chapters would be.

“Let’s get going, darlings! This movie isn’t going to make itself! Memorize your lines, quickly!”

I call out to my moon penguins, seeing them simultaneously read over their sheets was a relief. A small hand tugs on my jacket.
Bow Kid and her big brother, Graphite, had agreed to help with recordings. Conductor has Hat Kid and her older sister working for him.

“So in the movie, my name is Bow Moon, and I’m adventuring on the sun…?”

“Pluto isn’t close. Who remembers pluto? The sun is right there, we see it when we wake up and when it sets. Plus, it’s warm on the sun’s recording set. The pluto set is freezing, absolutely chilling, darling!”

The little actress begins to read over her lines again. I begin setting up the camera for the film.
We start in 20 minutes.

It doesn’t take long for a penguin to mess up.

“Cut! Ronald! What was that? Darling, we can’t get anywhere with that flimsy acting! No wonder the Conductor has been winning all these years!”

Ronald, clearly flustered, looks back down at his lines. The other penguins check their lines out too. I turn to Graphite.

“Have you reviewed your lines, darling?”

“Yeah, I’m just mapping the studio for the penguins now. They’ll have an easier time with a visual, right?”

I sigh, “You can show them that. Let’s pray it’ll set their memories straight. I’m going to go grab something from my house.”

That was a lie. I planned to sneak in a moment with Conductor while Graphite taught the penguins. I pull out my phone and tap on Conductor’s contact.

Moonstar: hey, can we meet outside
I’ve been thinking about something and I want to get it off my mind

Trainwreck: so are we meeting now or what
we can use my train if you want
i have comfy seats

Trainwreck: i’ll get out the alcohol

Moonstar: you really shouldn’t be drinking
especially on the job

No response. I sigh and lift myself out of the director’s chair. I walk at (what I hope to be) a normal walking speed out the door. The receptionist is busy reviewing our scripts for the screens. I dash over to the train station and sit down on the bench. It’s really pretty outside today, actually. I begin to relax. The train starts sliding up, stopping at the station. I board the train and walk inside. Nobody’s in this cart until more owls hop on the train. I walk over to the dining area, with nice tables and chairs.

Conductor was sitting on a stool in the corner.

“So what was it you wanted ta talk about? I’ve got a movie to record with all these owls.”

“Our rivalry. I believe we should start working together.”

He takes a sip of his drink.

“Ha! Me, working with the biggest peck neck of ‘em all!”

“If we work together, we can create movies that would be remembered forever.”

“Myyurder On The Owl Express won’t be forgotten for a long time.”

“And you made that movie with the help of Hat Kid, darling.”

“I coulda made the movie just as good without 'er!”

“I think it’s interesting that we both take only one style of movie and use that. We never try new things. If we work together, we could make all sorts of movies and never run out of ideas.”

Conductor looks at his drink for a second and then drinks it all.

“Conductor! That’s not good for you!”

“So… the offer? Will we aid each other, darling?”

Conductor pours some more alcohol for himself.

He drinks around a quarter of the new drink. He seems to be getting out of it. I should stop him, do something about it.

“Hey, Conductor, can you come with me?”

He grumbles about something and gets up from his seat.

I grab his talons (hands? claws?) and run to the back of the train.

I don’t stop. I keep going until we’re outside.

“Peck! Yer coulda just said we go to the back of the train!”

“And what'sss wrong with that?”

It’s a little harder to realize what he’s saying.
Oh, peck. The alcohol is finally kicking in.

“I can’t have you stumbling around, drunk, on our set.”

“Our sset? Do ya already have an areea ready? What are we recordin’, Grooooves?”

“We need to head back to the moon set… I… left them there.”

“AY! Owls! Let’s go back to the studio for recordin’ later! Yer on break once we’re back!”

The train heads back to the station as we head to my set.
I’m holding his hand.
It’s warm and soft…
I don’t think he notices.

“Hey, Conductor, can you wait here?”

He whispered the last part and I almost didn’t hear it. But I did. My face runs red when I walk into the studio.

“Sorry, darlings! I got the thing.”

I walk back through the door and bring in a very drunk Conductor.

“We decided to work together.”

“I’m going to discuss a script with him in my office. Review the current script, parts of it may be reused.”

Conductor grabs my hand and dashes off to the door of my office. We walk in together.

He leans his head into my arm.
This can’t be happening, can it?

He stays like that for a while.
I grab his hands and turn him toward me, looking at him (and hoping he’s looking back at me).

“When you called me a lovebird earlier.”

He just hugs me in response.
I hug back.

Maybe we could make a romantic movie together.

You guys are far too sweet.

I’ve only got 3 chapters published and it’s already ranked so high?????

Anyway, in celebration, I’ll introduce some things to you guys early!

This is Catherine! She’s Hattie’s older sister, and she’s always there for Hat Kid. She enjoys (Y/N)’s company, but would do anything to help Hat Kid, even fight you. She likes to make video games, apparently.

This is Graphite, Bow Kid’s older sibling. He’s a map-maker! The badges on his shirt are the Mad Hatter Badge, Camera Badge, and a star for decoration.

The Healing Teals are a group of crows (CAW Agents on the Owl Express) and they play music. Often, I play Lemon Demon’s Spirit Phone when I’ve been fighting in the boss rush of Death Wish mode. My brother and I roleplay in A Hat In Time (cause what else would we do??) and we came up with The Healing Teals as a result!

Bonus drawing of a scene in my brother’s and my roleplay. Sorry about how poorly drawn it is. But you get Vanessa saying “yo” so I guess that doesn’t matter.

I LOVE ALL OF YOU, TYSM FOR SUPPORTING ME

Also, you can comment on these as much as you want! I’d love to hear thoughts (and maybe small headcannons for this story).