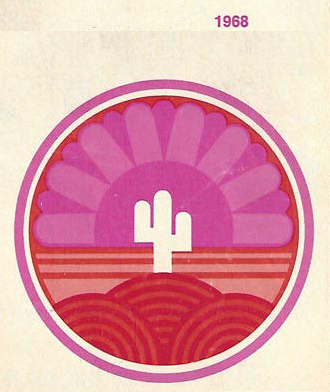 my night manager (who is a gay man) and i sometimes sit down and exchange stories and tidbits about our sexuality and our experiences in the queer cultural enclave. and tonight he and i were talking about the AIDS epidemic. he’s about 50 years old. talking to him about it really hit me hard. like, at one point i commented, “yeah, i’ve heard that every gay person who lived through the epidemic knew at least 2 or 3 people who died,” and he was like “2 or 3? if you went to any bar in manhattan from 1980 to 1990, you knew at least two or three dozen. and if you worked at gay men’s health crisis, you knew hundreds.” and he just listed off so many of his friends who died from it, people who he knew personally and for years. and he even said he has no idea how he made it out alive.

it was really interesting because he said before the aids epidemic, being gay was almost cool. like, it was really becoming accepted. but aids forced everyone back in the closet. it destroyed friendships, relationships, so many cultural centers closed down over it. it basically obliterated all of the progress that queer people had made in the past 50 years.

and like, it’s weird to me, and what i brought to the conversation (i really couldn’t say much though, i was speechless mostly) was like, it’s so weird to me that there’s no continuity in our history? like, aids literally destroyed an entire generationof queer people and our culture. and when you think about it, we are really the first generation of queer people after the aids epidemic. but like, when does anyone our age (16-28 i guess?) ever really talk about aids in terms of the history of queer people? like it’s almost totally forgotten. but it was so huge. imagine that. like, dozens of your friends just dropping dead around you, and you had no idea why, no idea how, and no idea if you would be the next person to die. and it wasn’t a quick death. you would waste away for months and become emaciated and then, eventually, die. and i know it’s kinda sophomoric to suggest this, but like, imagine that happening today with blogs and the internet? like people would just disappear off your tumblr, facebook, instagram, etc. and eventually you’d find out from someone “oh yeah, they and four of their friends died from aids.”

so idk. it was really moving to hear it from someone who experienced it firsthand. and that’s the outrageous thing - every queer person you meet over the age of, what, 40? has a story to tell about aids. every time you see a queer person over the age of 40, you know they had friends who died of aids. so idk, i feel like we as the first generation of queer people coming out of the epidemic really have a responsibility to do justice to the history of aids, and we haven’t been doing a very good job of it.

I’m 36. I came out in 1995, 20 years ago. My girlfriend and I started volunteering at the local AIDS support agency, basically just to meet gay adults and meet people who maybe had it together a little better than our classmates. The antiretrovirals were out by then, but all they were doing yet was slowing things down. AIDS was still a death sentence.

The agency had a bunch of different services, and we did a lot of things helping out there, from bagging up canned goods from a food drive to sorting condoms by expiration date to peer safer sex education. But we both sewed, so… we both ended up helping people with Quilt panels for their beloved dead.

Do the young queers coming up know about the Quilt? If you want history, my darlings, there it is. They started it in 1985. When someone died, his loved ones would get together and make a quilt panel, 3’x6’, the size of a grave. They were works of art, many of them. Even the simplest, just pieces of fabric with messages of loved scrawled in permanent ink, were so beautiful and so sad.

They sewed them together in groups of 8 to form a panel. By the 90s, huge chunks of it were traveling the country all the time. They’d get an exhibition hall or a gym or park or whatever in your area, and lay out the blocks, all over the ground with paths between them, so you could walk around and see them. And at all times, there was someone reading. Reading off the names of the dead. There was this huge long list, of people whose names were in the Quilt, and people would volunteer to just read them aloud in shifts.

HIV- people would come in to work on panels, too, of course, but most of the people we were helping were dying themselves. The first time someone I’d worked closely with died, it was my first semester away at college. I caught the Greyhound home for his funeral in the beautiful, tiny, old church in the old downtown, with the bells. I’d helped him with his partner’s panel. Before I went back to school, I left supplies to be used for his, since I couldn’t be there to sew a stitch. I lost track of a lot of the people I knew there, busy with college and then plunged into my first really serious depressive cycle. I have no idea who, of all the people I knew, lived for how long.

There were many trans women dying, too, btw. Don’t forget them. (Cis queer women did die of AIDS, too, but in far smaller numbers.) Life was and is incredibly hard for trans women, especially TWOC. Pushed out to live on the streets young, or unable to get legal work, they were (and are) often forced into sex work of the most dangerous kinds, a really good way to get HIV at the time. Those for whom life was not quite so bad often found homes in the gay community, if they were attracted to men, and identified as drag queens, often for years before transitioning. In that situation, they were at the same risk for the virus as cis gay men.

Cis queer women, while at a much lower risk on a sexual vector, were there, too. Helping. Most of the case workers at that agency and every agency I later encountered were queer women. Queer woman cooked and cleaned and cared for the dying, and for the survivors. We held hands with those waiting for their test results. Went out on the protests, helped friends who could barely move to lie down on the steps of the hospitals that would not take them in — those were the original Die-Ins, btw, people who were literally lying down to die rather than move, who meant to die right there out in public — marched, carted the Quilt panels from place to place. Whatever our friends and brothers needed. We did what we could.

OK, that’s it, that’s all I can write. I keep crying. Go read some history. Or watch it, there are several good documentaries out there. Don’t watch fictional movies, don’t read or watch anything done by straight people, fuck them anyway, they always made it about the tragedy and noble suffering. Fuck that. Learn about the terror and the anger and the radicalism and the raw, naked grief.

A visual aid: this is the Quilt from the Names Project laid out on the Washington Mall

I was born (in Australia) at the time that the first AIDS cases began to surface in the US. While I was a witness after it finally became mainstream news (mid-85), I was also a child for much of it. For me there was never really a world Before. I’m 35 now and I wanted to know and understand what happened. I have some recommendations for sources from what I’ve been reading lately:

I don’t think I can actually bring myself to read memoirs for the same reason I can’t read about the Holocaust or Stalinist Russia any more. But I have a list:

ReadorwatchThe Normal Heart.Read or watch Angels in America.ReadThe Mayor of Castro Streetor watchMilk.Dallas Buyers Clubhas its issues but it’s also heartbreaking because the characters are exactly the politically unsavory people used to justify the lack of spending on research and treatment. It’s also an important look at the exercise of agency by those afflicted and abandoned by their government/s, how they found their own ways to survive. There’s a film of And the Band Played Onbut JFC it’s a mess. You need to have read the book.

Everyone should read about the history of the AIDS epidemic. Especially if you are American, especially if you are a gay American man. HIV/AIDS is not now the death sentence it once was but before antiretrovirals it was just that. It was long-incubating and a-symptomatic until, suddenly, it was not.

*there are just SO MANY people I want to punch in the throat.

They’ve recently digitized the Quilt as well with a map making software, I spent about three hours looking through it the other day and crying. There are parts of it that look like they were signed by someone’s peers in support and memoriam, and then you realize that the names were all written in the same writing.

That these were all names of over 20 dead people that someone knew, often it was people who’d all been members of a club or threatre group.

Here’s the link to the digitization:
http://research.microsoft.com/en-us/um/redmond/projects/aidsquilt/

As well, there are numerous people who were buried in graves without headstones, having been disenfranchised from their families.
I read this story the other day on that which went really in depth (I would warn that it highlights the efforts of a cishet woman throughout the crisis):
http://arktimes.com/arkansas/ruth-coker-burks-the-cemetery-angel/Content?oid=3602959

It saddens me there’s an entire generation who has no idea what happened. I have so much to say but really don’t have the words. Here’s the photo of my Uncle Ray’s block in the quilt.

I’m reading this now on the anniversary of his death. Before he died we talked about AIDS and how many of his friends he had lost at that point. You can’t imagine the amount of pills he took on a daily basis, towards the end he had decided to go out on his own terms but he started to get sicker much quicker and he was gone. After all these years it’s still very raw and unimaginable to think how our government refused to acknowledge there was an issue. That people were being disowned while they were dying. 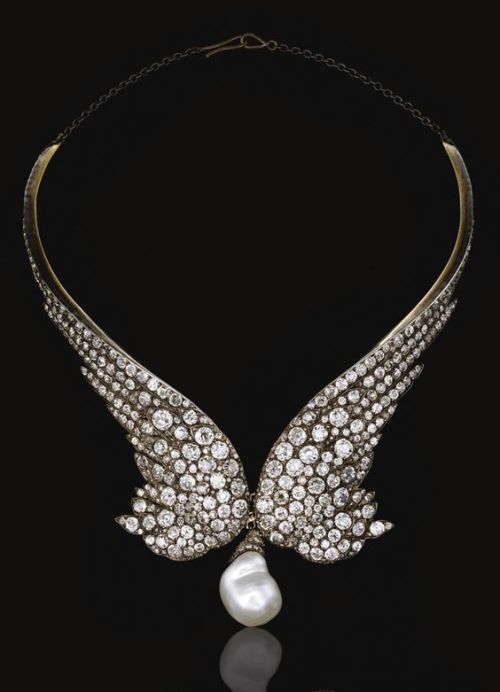 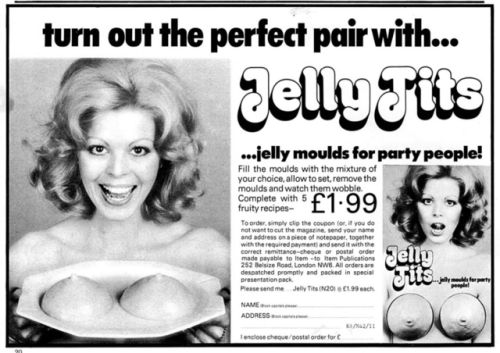 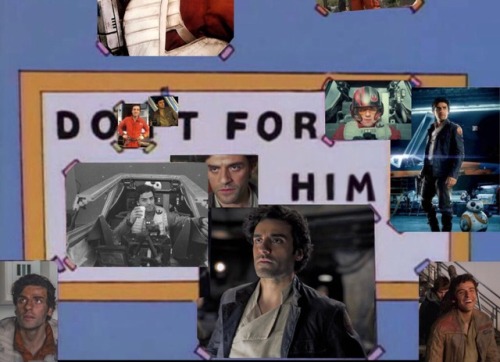 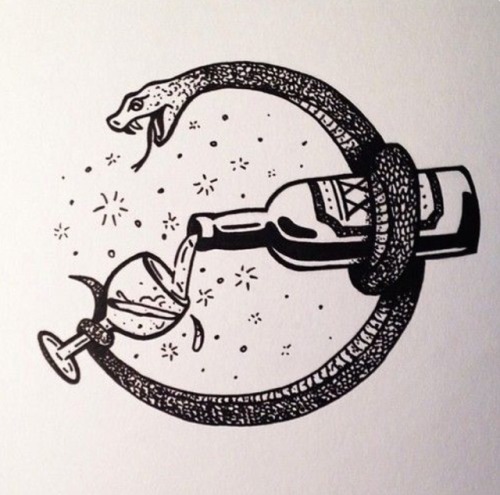 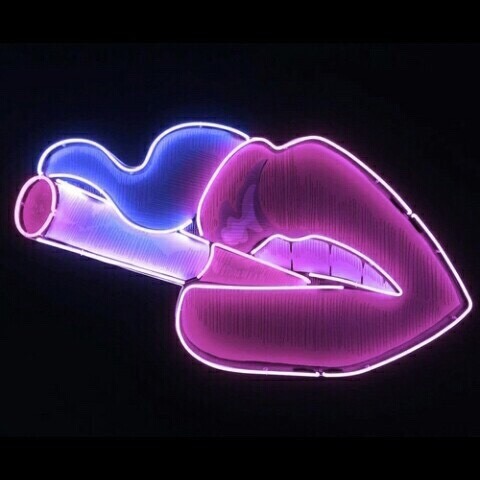 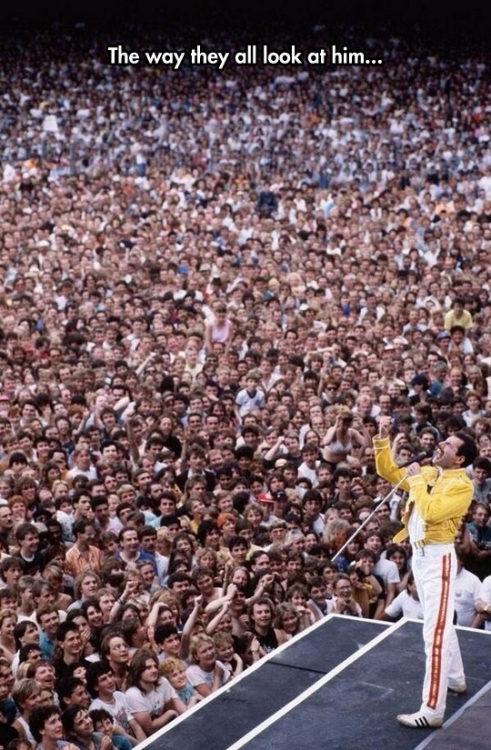 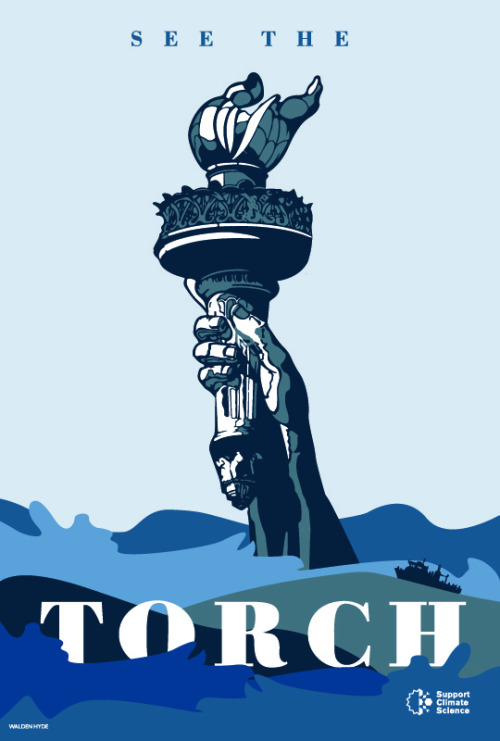 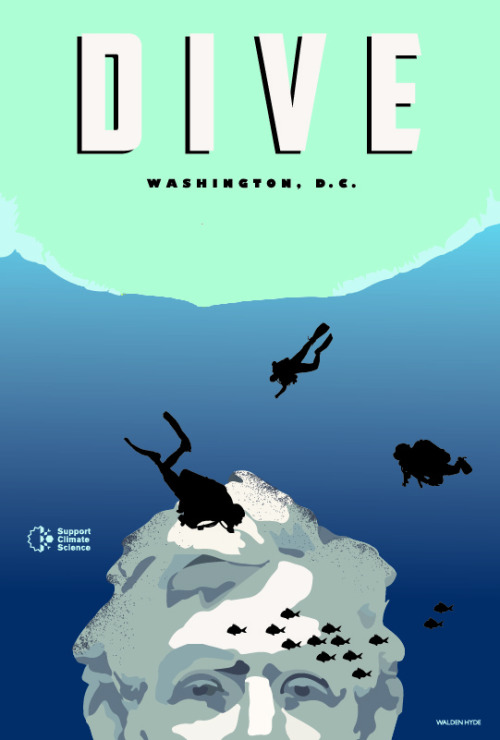 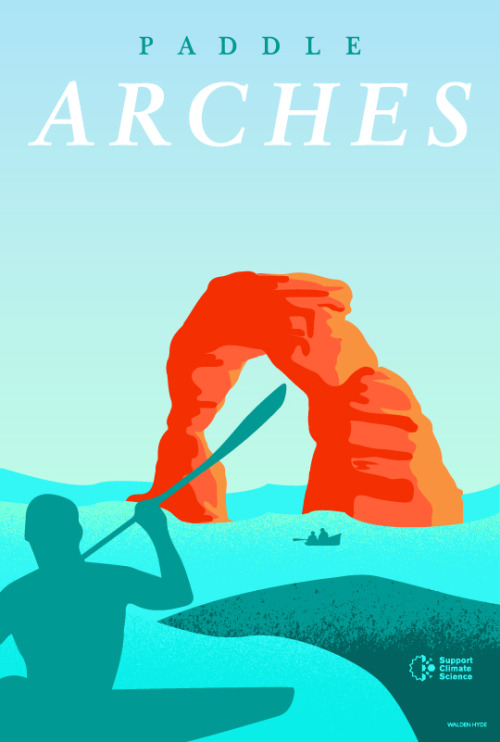 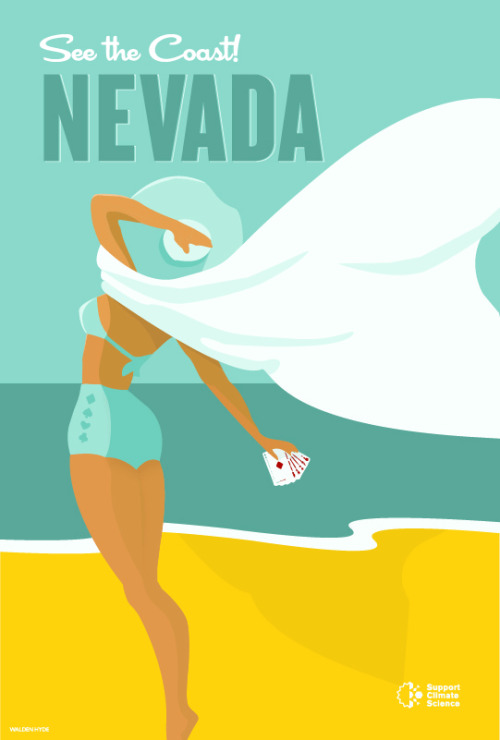 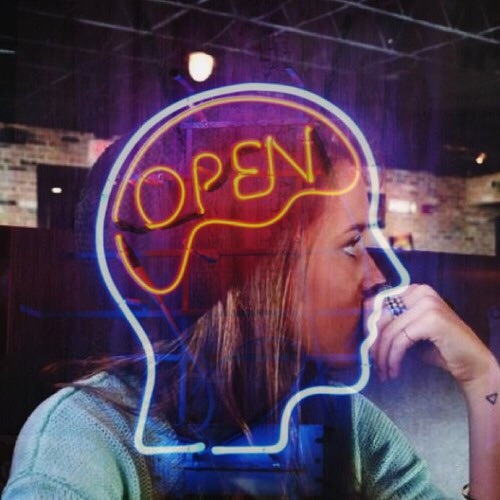 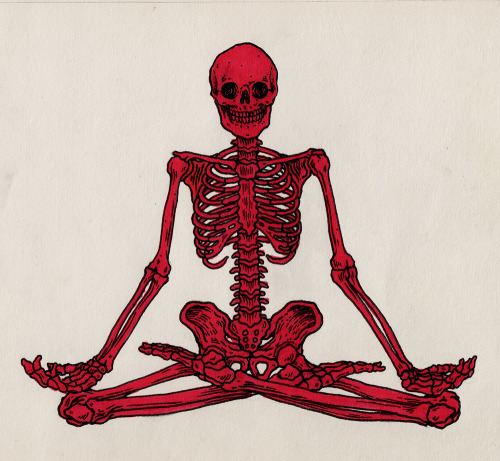 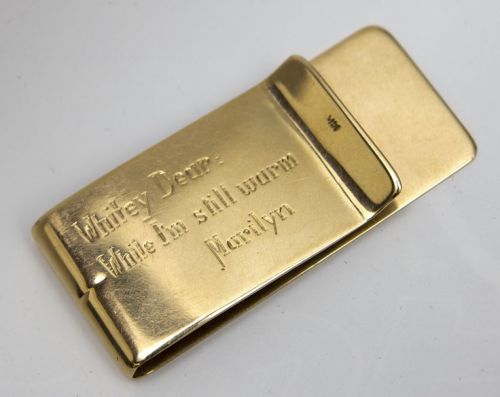 Marilyn Monroe’s makeup artist, Allan Whitey Snyer, promised Marilyn he would do her makeup if she died. One day, Marilyn gave him a gold money clip from Tiffany’s inscribed with: “Whitey Dear, While I’m still warm, Marilyn.” to remind him of his promise. 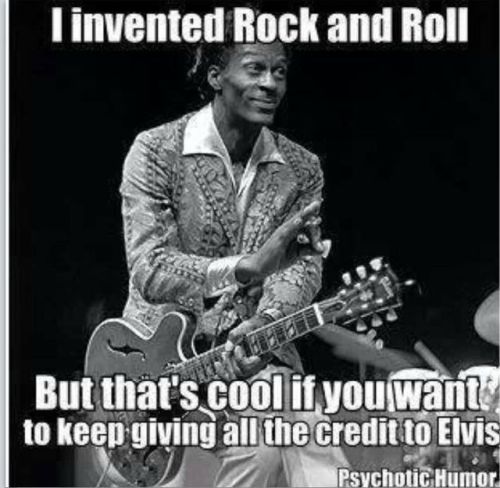 Yes, him and little Richard never get their due smh

Two of Tharpe’s hit songs were released in like 1944-45 when Chuck Berry was a) incarcerated and b) still a high school student, Tharpe basically discovered Little Richard, and she’s referred to as the godmother of rock n roll

throwin that out there

but Sister Rosetta was a woman and queer… so Black men will totally overlook her.

A Quick Lesson In Perspective